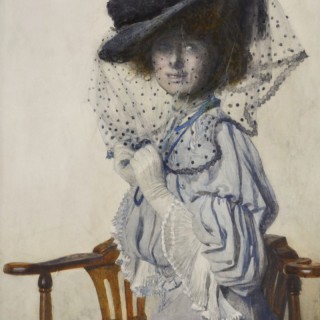 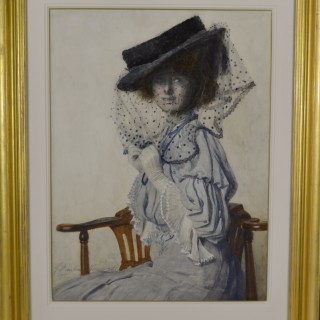 Gertrude Ellen Demain Hammond was born in Brixton. She studied at Lambeth School of Art followed by the Royal Academy Schools where she won a prize in 1889. She became a full time artist working as an illustrator, chiefly of books for girls published by Blackie, Warne and Macmillan’s. She was also a watercolourist and was elected a member of the Royal Institute of Painters in Water Colours in 1896. In 1898 she married Henry George McMurdie and the couple lived in St Paul’s Studios, Hammersmith. She died in Worthing, in 1952, aged 90.