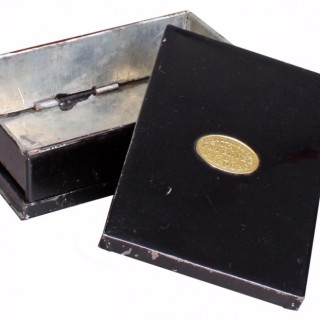 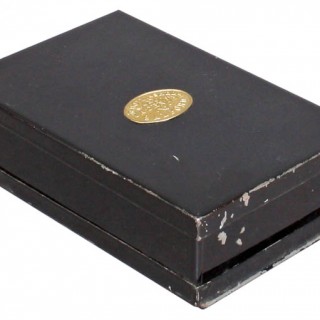 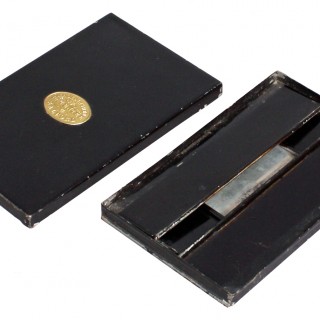 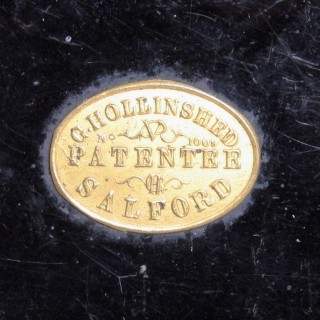 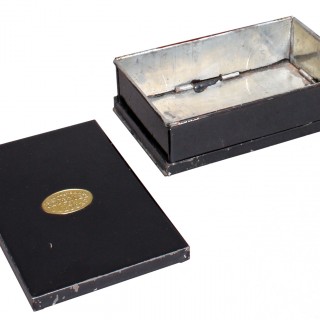 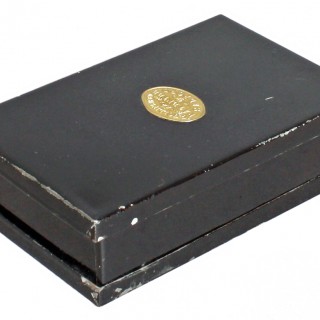 A black japanned Folding Sandwich Tin by G. Hollinshed. The principle of this tin is very simple. Once the traveller has eaten their sandwiches, the tin can be reduced in height by other an inch. The two long sides of the tin have a pin to their top corner, turned at a right angle. The top edge of the two short sides is turned over to form a lip as well as a hole to each end for the pins to slot in. When removed, all four side are hinged to fold down onto the base of the tin. The lid will then sit back in place on the box which has been dramatically reduced in height. Hollinshed of Salford was the patentee of this tin, as the brass plaque to the top notes. We have seen another similar tin by Hollinshed which has been decorated with a gilt border and was named The Traveller’s Sandwich Box around the plaque. Another example noted the patent number 1009. Other makers also produced similar boxes following the same patent. An example by Griffiths & Browett of Birmingham can be seen at the below link. Circa 1880.
Size for use is given.