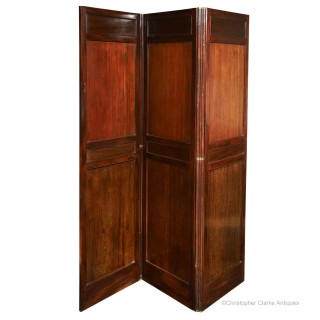 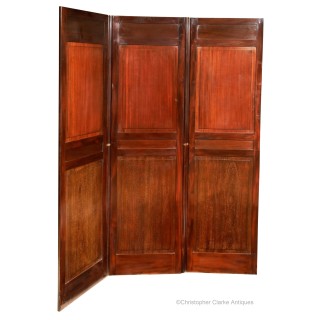 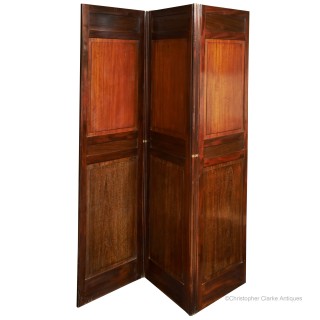 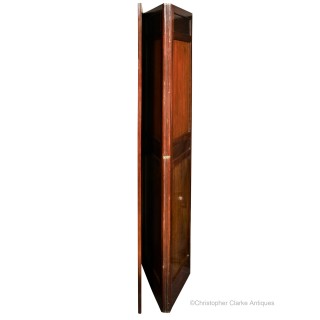 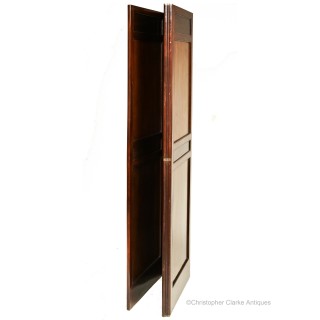 This screen is taller than most at 6 foot and also stands out for being panelled in mahogany rather than leather or material. Each fold has two large fielded panels to the front with a smaller, plain panel to both the top and middle. To the back, the panels are not fielded. The connecting hinges allow each section to fold both ways. Although probably made for domestic use rather than travel, Screens are versatile pieces of furniture. They can be used to divide a room or shield a draught as well as giving privacy. Mid to late 19th Century.