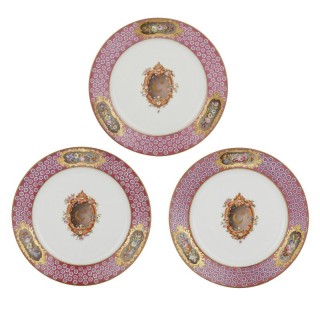 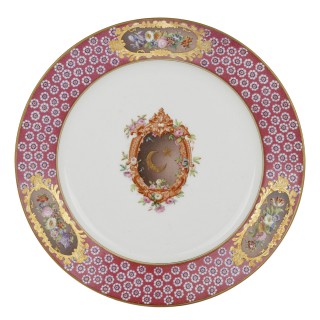 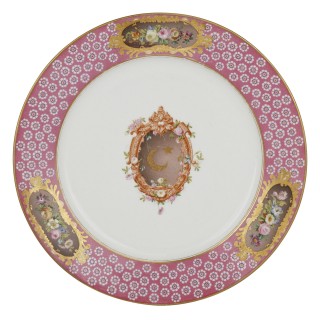 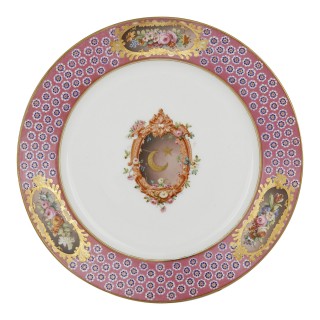 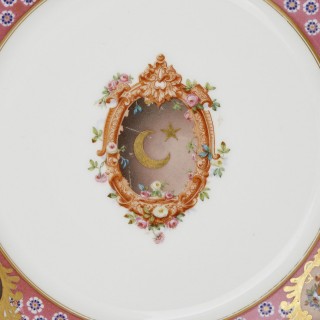 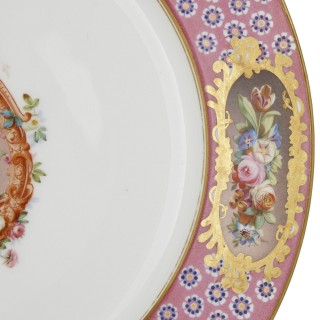 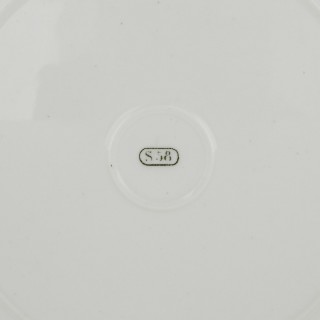 Each Sèvres plate in this set of three features a central cartouche and a red-banded rim, all set above the white ground of the porcelain. The central scrolled and foliate cartouche contains the star and crescent symbol—indicating something of the provenance of this set. The encompassing red-round band is adorned with a sequence of open white petalled flowers and three further parcel gilt cartouches.

The plates in this set once belonged to Abdul Hamid, the Sultan of Kedah, whence they passed to HRH Princess Ekrem. The unusual collision of Sèvres and Eastern motifs demonstrates the taste for Orientalism that defined much late 19th Century art.