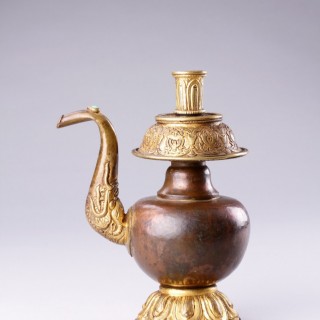 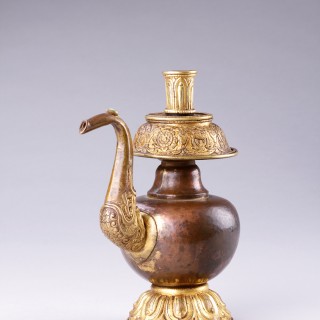 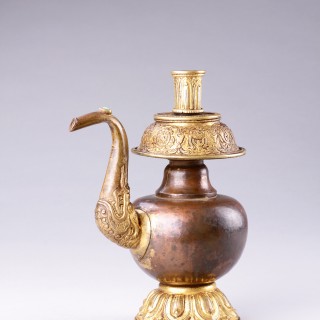 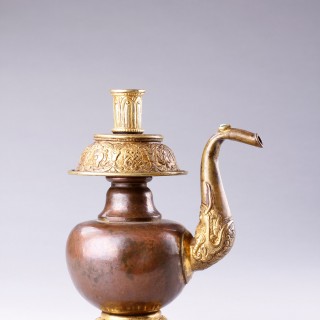 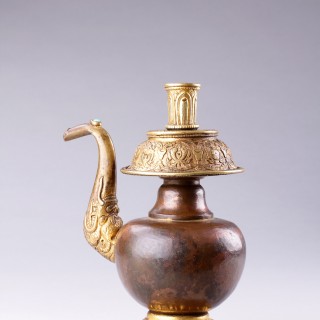 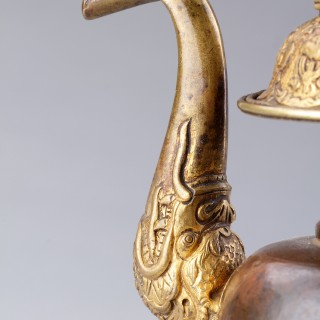 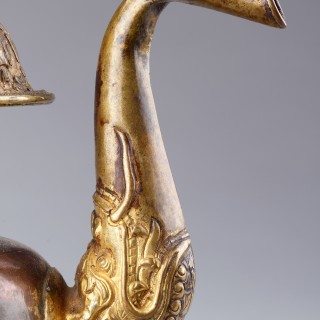 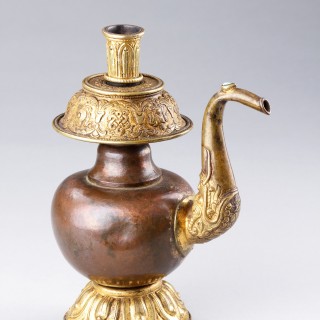 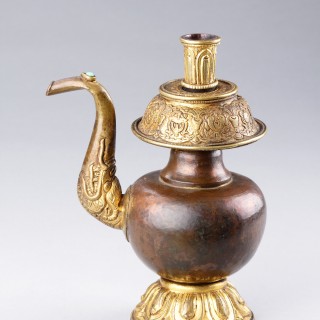 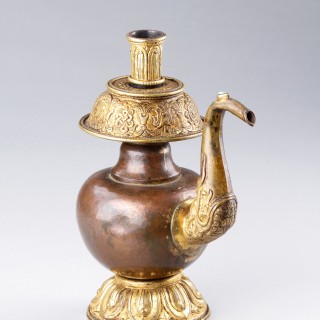 Until recent times Tibetans viewed every aspect of life from a Buddhist standpoint; education, land, agriculture administration and production were controlled or influenced by powerful lamas or monasteries. It was a world in which all boundaries between the temporal and spiritual spheres were erased, a world in which the Dalai Lama was at once head of state and the supreme authority in spiritual matters. As a result all Tibetan art is religious in purpose.
Ritual holy water vessels were used for sprinkling consecrated water, which was a feature of many Tibetan ceremonies of initiation and in rites of purification. They were also used sometimes in order to dissipate or cure illness. Occasionally these ritual objects gain an animate spiritual presence and are dressed and honoured by the monks as living beings.