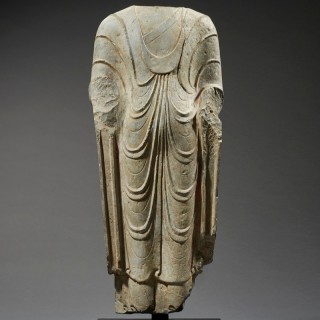 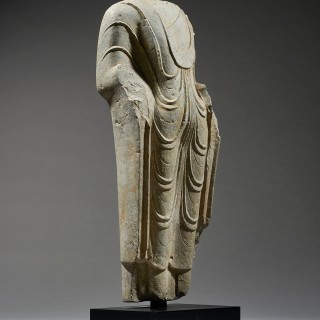 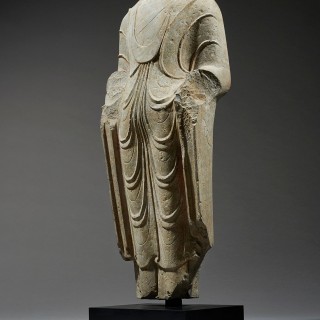 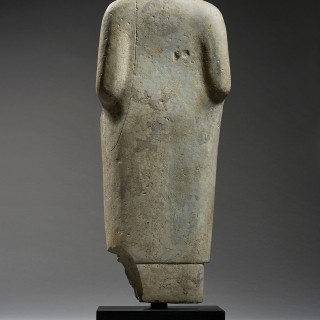 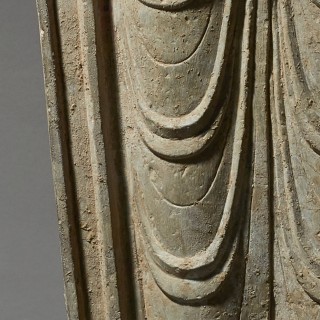 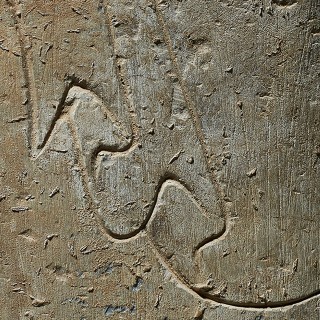 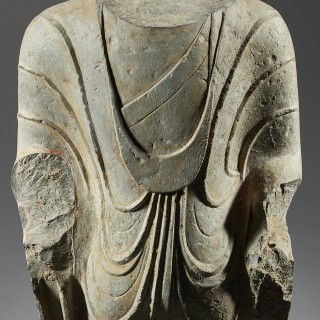 Torso of a Standing Buddha

This beautiful torso of a standing Buddha is carved in diaphanous robes falling in elegant pleats, the drapes falling fluently along the contours of the body. The missing right hand was higher and raised, probably in abhayamudra (fearlessness), the left hand lower, probably in varadamudra (generosity). The sensitive manner of carving, simple style of clothing and crisp treatment of the pleats allow us to date this figure to the Northern Qi period.

Other related examples can be found, for example, in the large complete figure in marble in the Royal Ontario Museum, Canada, illustrated in Chinese Art in Overseas Collections (op. cit.), as well as two smaller figures illustrated in the exhibition catalogue from the Kaoshung Museum and another similar figure in The Art of Contemplation from an exhibition in Tapei. See also the Qi period torso in the Norton Simon Museum USA (Acc. No. F.1983.35.S) and another torso in a similar type of grey limestone sold in Christie’s London (12 September 2007, lot 164).

Torso of a Standing Buddha