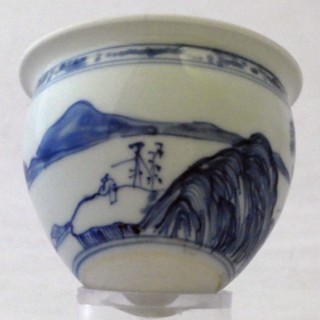 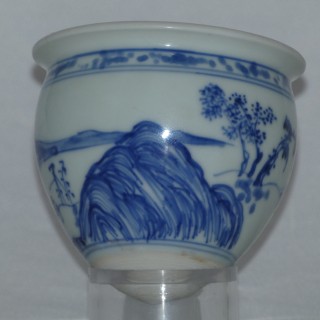 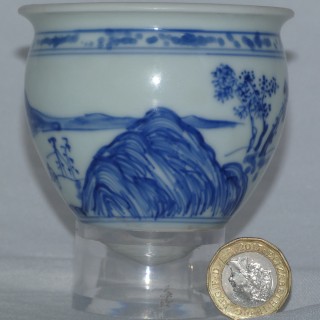 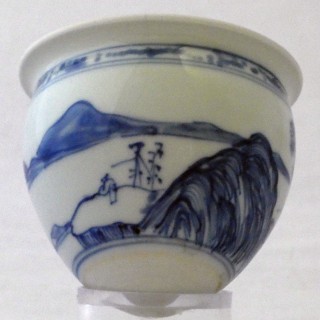 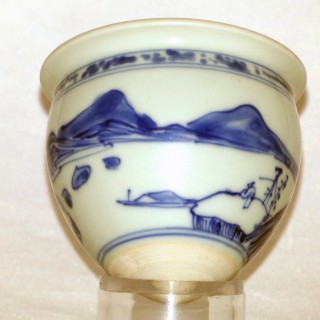 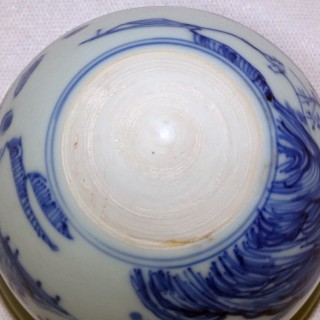 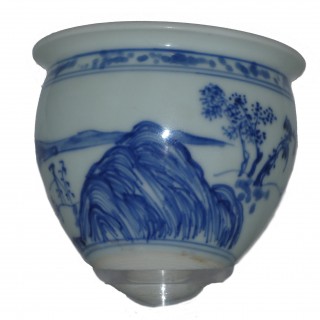 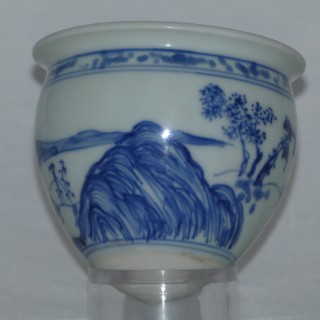 Chinese 17th century blue and white rare Master of the Rocks conical cup. Made during the reign of the Emperor Chongzhen 1628-1644, the last Ming Emperor, at Jingdezhen.
Excellent colour and painting to show stratified large rocks with a landscape scene with trees above a river with a single fishing boat. Above the painting of the scene is a band of a stylised pattern
These cups are rare especially with a Master of the Rocks pattern.
For a similar cup see lot 3529 Christies New York 16 March 2015 Sale ‘An Era of Inspiration’ 17th century Chinese Porcelains from the Julia and John Curtis.