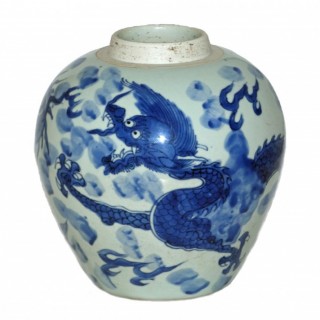 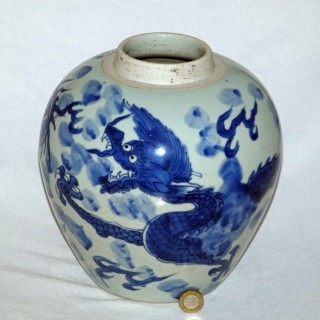 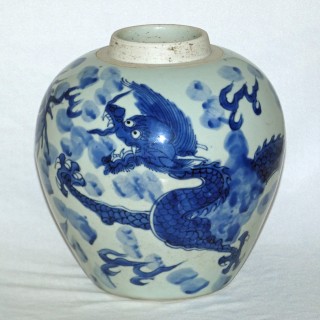 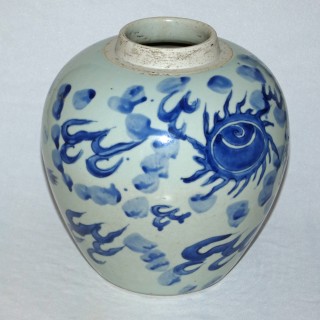 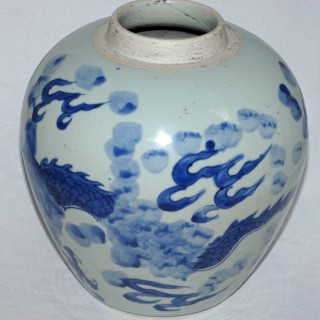 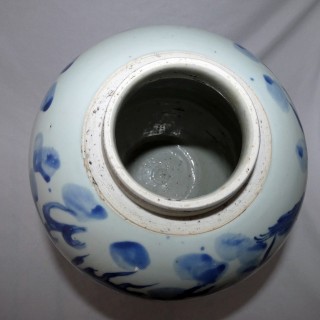 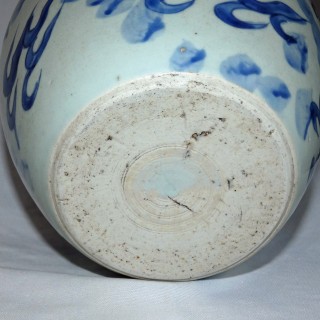 Chinese 17th Century made during the reign of the first Qing Emperor, Shunzhi at the kilns at Jingdezhen, a blue and white porcelain large ovoid jar
The jar is boldly painted to show a four toed dragon in a cloud filled space with bolts of lightning. The painting although detailed is obviously skilfully done using quick brush work
The design of the painting is not common as many are with Qilins or a more naturalistic scene.
The dragon was the king of the beasts and was thought to be made of 9 animals, head of a camel, eyes of a hare, horns of an antelope, ears of a deer, scales of a carp, body of a serpent, stomach of a silk worm, paws of a tiger and the talons of an eagle
Excellent colour and potting indicative of this period