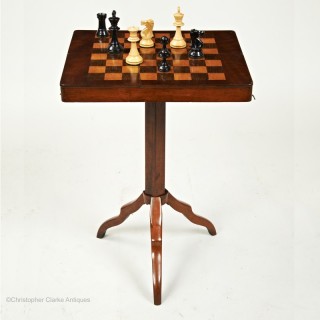 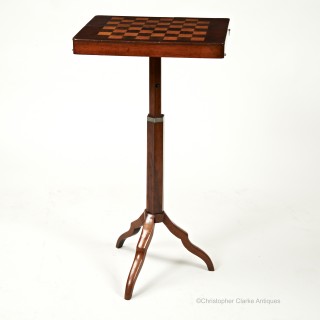 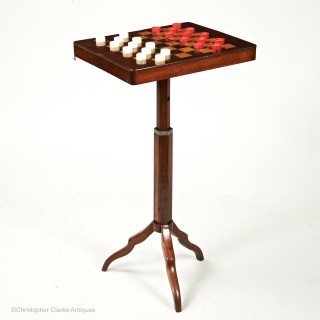 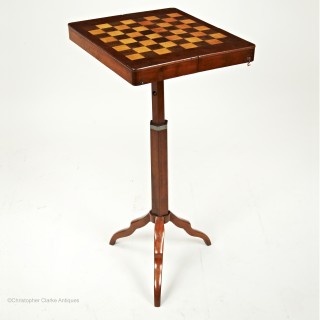 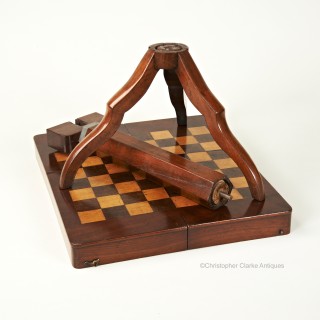 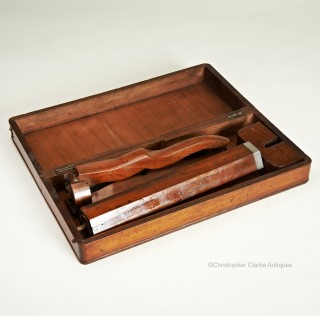 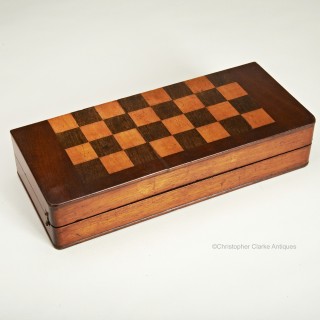 A mahogany Tripod Chess Table that packs down into its top.

Although not easy to find, a similar table most likely from the same workshop can be found in British Campaign Furniture, Elegance Under Canvas by Nick Brawer. It is a great design with the top containing the column and tripod legs when packed down.

The tripod legs are held in position when fitted to the column. When unscrew from the column, they will drop on their hinges to reduce their size. The column is telescopic to also reduce in length but has the added benefit of allowing the table to be used at two different heights. The top is fixed to the column by a simple slide bar which holds it in place.

If you did not have the column and legs you would be forgiven for thinking that the top is just a chess or draughts box. Certainly, it could be used as such on its own. Although only made to take the weight of chess or draught pieces it would also bear the weight of a glass but perhaps not the bottle. Early to mid 19th Century.

The draughts and chess pieces illustrated do not come with the table.

A split to the column but it is fixed. Good.