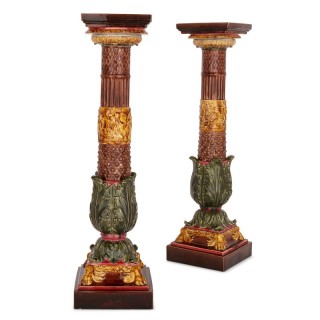 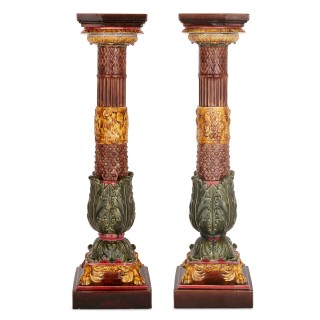 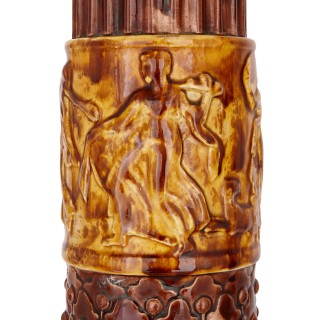 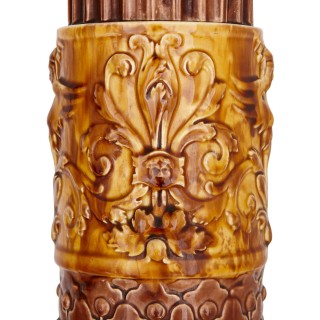 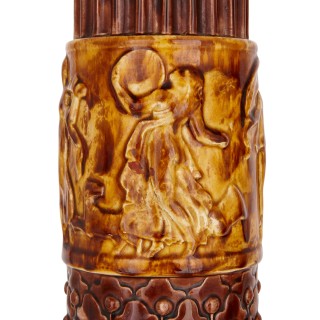 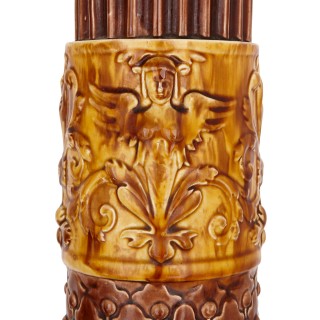 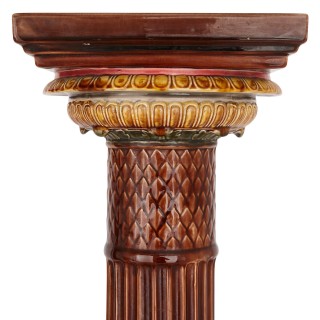 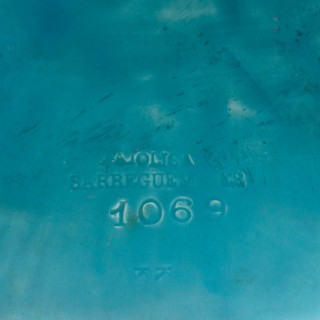 These charming majolica stands (or pedestals) were crafted in the late 19th Century by the French Sarreguemines factory. Sarreguemines pottery was characterised by its use of organic colours and ornament, as exemplified by these pedestals. Napoleon I was the company’s patron, and he awarded the director, Paul Utzschneider, a Légion d’Honneur. Sarreguemines were responsible for supplying many of the tiles used to construct the Paris Metro. The stands are marked, ‘MAJOLICA/SARREGUEMINES’.

The majolica stands allude to the form of classical columns. Each is topped by a capital, composed of a brown and pink, square-shaped abacus, and a yellow fluted echinus. The shafts are decorated brown relief patterns, imitating tree bark. These are banded with depictions of classical dancing figures, stylised foliage, and winged lions. Each stand terminates in a green leafy base, set on a square yellow lion-footed plinth, which stands on a square brown platform. Characteristic of Sarreguemines majolica wares, the coloured glazes have been allowed to run, creating a bold streaked effect.