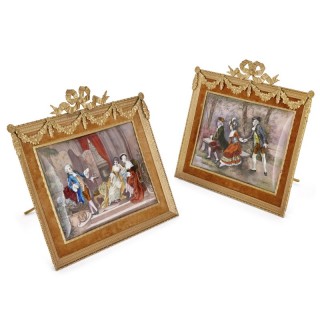 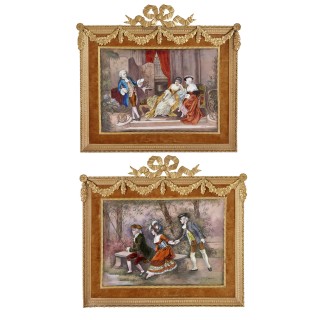 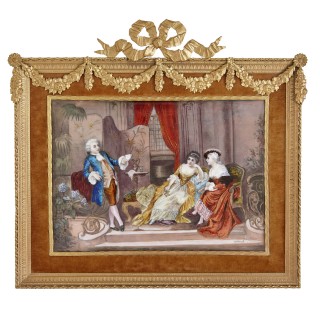 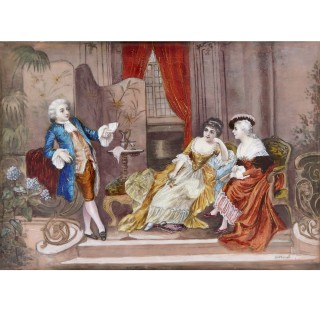 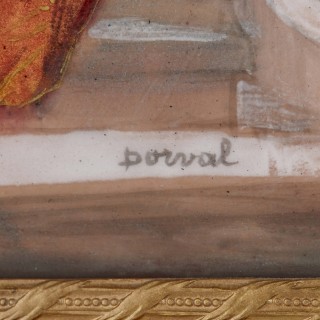 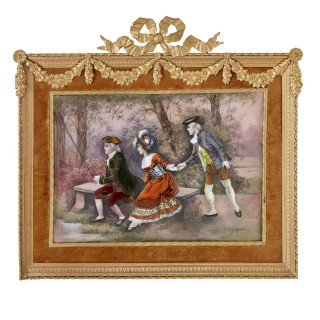 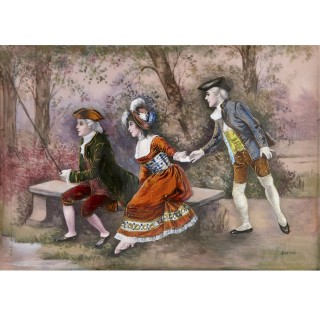 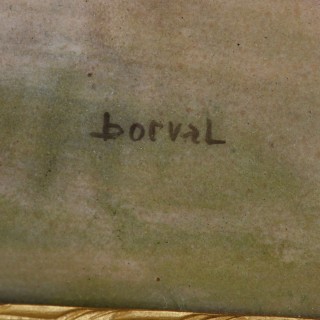 These exquisite paintings were created in Limoges, a town in south-west France, in the late 19th Century. The Renaissance period saw the art of enamel painting thrive in Limoges. The skills perfected in the 15th-Century were then revived in the 19th Century, when this pair was made.

Both paintings depict groups of aristocratic figures in 18th Century dress. One plaque shows three figures—two ladies and one gentleman—on the railed outside steps of a grand house. The gentleman stands before the two seated women and holds a book out in front of him, which he appears to read aloud from. The women idly hold fans and flowers and focus their attention on the man.

The second plaque depicts a couple (a gentleman and lady) seated together on a bench in a garden setting. The gentleman holds a fishing rod and both figures gaze off into the distance across the water. A second gentleman stands behind the couple and slips a letter into the woman’s hand, unknown to the first man. It is suggested that the lady is being courted by both gentlemen.

Both enamel plaques are signed ‘Borval’ in the lower right-hand corner. They are set within orange velvet-lined gilt metal frames, which are decorated with foliate bands, flower swags and ribbon bows.