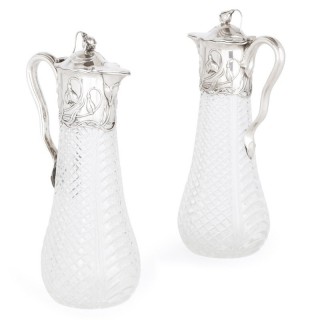 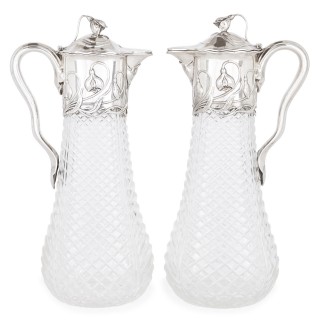 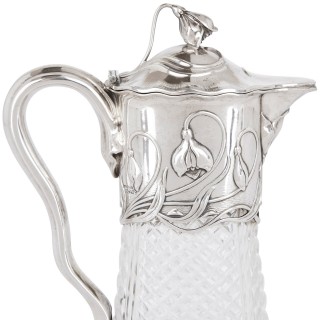 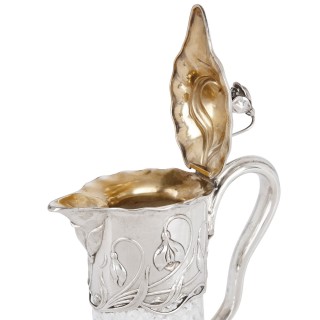 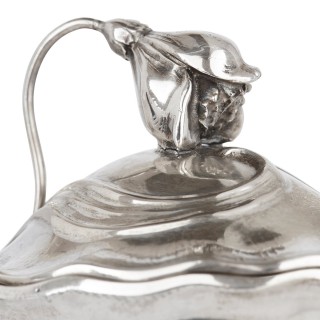 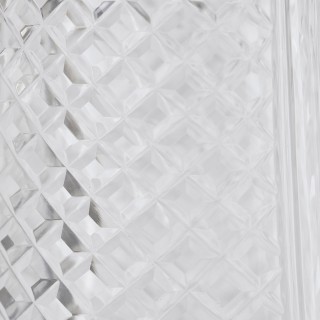 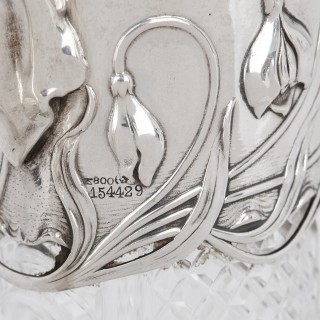 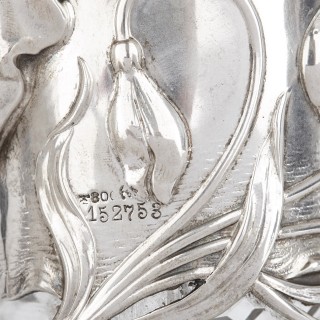 These graceful cut glass and silver claret jugs are designed in the Art Nouveau style. This style flourished in the arts in Europe in the late 19th-early 20th Century. It was characterised by its use of continuous, serpentine lines and motifs, which were inspired by nature. These jugs were crafted by the German manufacturer, Wilhelm Binder (founded 1869), which specialised in the production of fine Art Nouveau and Jugendstil style silverware.

The claret jugs feature stemless cut glass bodies, which are widest at their bases. They have been finely cut with elegant scalloped and diamond patterns. The jugs’ bodies are topped by silver necks with small spouts, which are covered with slightly domed silver lids. The necks are decorated with relief depictions of snowdrops, with delicate, sinuous stems which curl below the lower edges of the necks. The jugs’ mouths are gilded on their interior, and their lids are topped by elegant silver snowdrop finials. Each jug is fitted with a silver handle, which winds its way from the neck to the cut glass body.