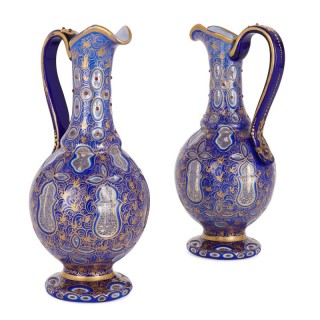 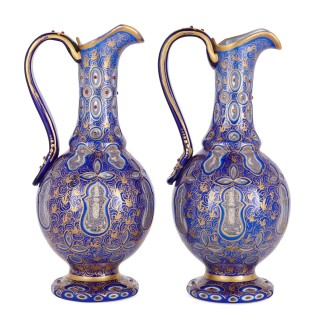 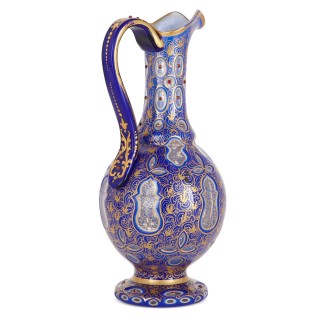 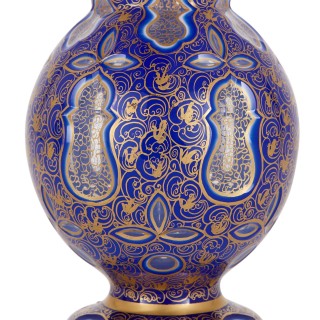 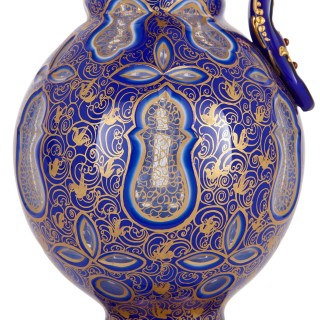 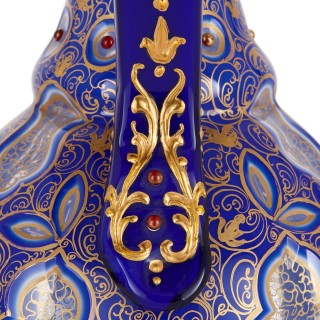 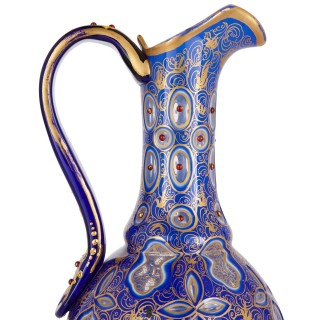 The jugs (or ewers) are of typical form, featuring ovoid bodies with cylindrical necks and shaped spouts, which stand on splayed feet. Each jug is fitted with a single looping handle.

Crafted from clear glass, the jugs are covered with a white and deep blue overlay. They are decorated with gilt C-scrolls and floral motifs, and their handles, spouts and feet are articulated by gilt bands. Clear glass shaped panels and medallions ornament the jugs feet, bodies and necks. These are filled with gilt patterns and raised red enamel beads which imitate jewels.