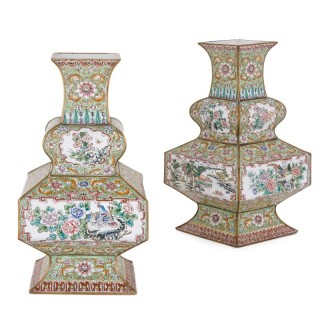 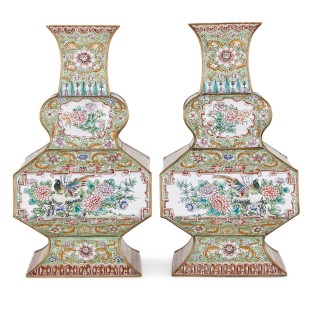 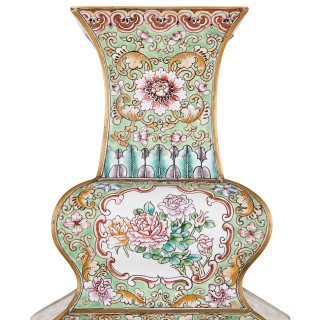 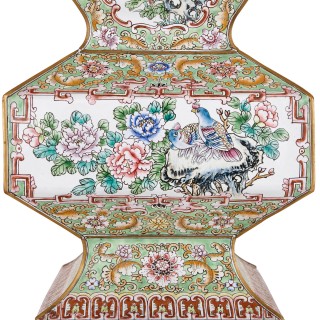 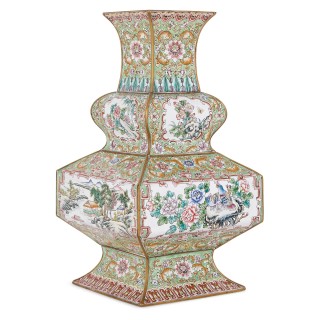 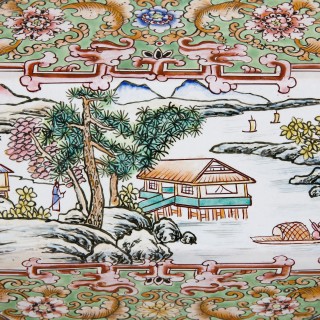 These elegant vases were created in the early 20th Century, in the last decade of the Qing dynasty (1644-1911). They are covered with beautiful cloisonné enamel designs. In the cloisonné method, strips of metal are applied to the surface of an object to create ‘cloisons’ (cells of space) which are then filled with coloured enamel.

The vases feature flared necks with bulbous shoulders, squared bodies with chamfered tops and bottoms, and splayed feet. The vases are decorated with stylised pink, purple and blue flowers with yellow leaves, against a lime-green background. The rim of the neck is edged with iron-red ruyi heads and the bottom with a bright green stiff-leaf band. The shoulders of the vases are decorated with iron-red cartouches, containing colourful depictions of flowers against white grounds. The bodies feature similar frames, enclosing images of birds, flowers and landscape scenes. The bases of the vases are edged with iron-red scrollwork patterns.