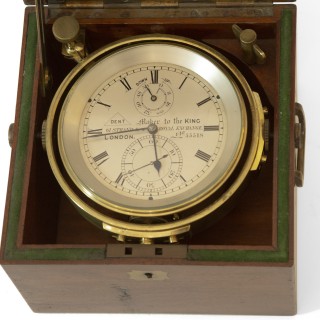 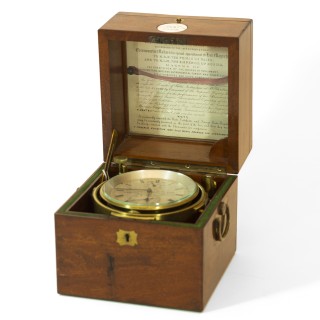 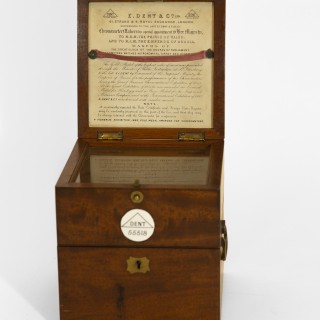 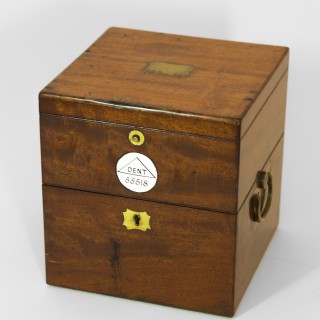 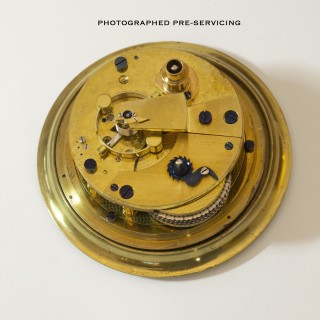 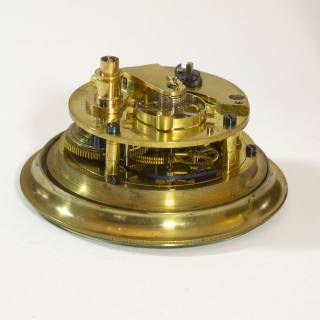 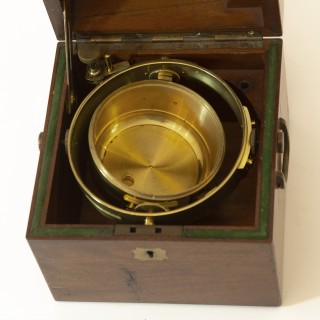 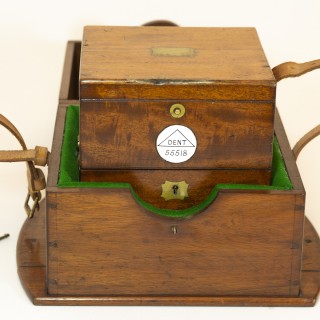 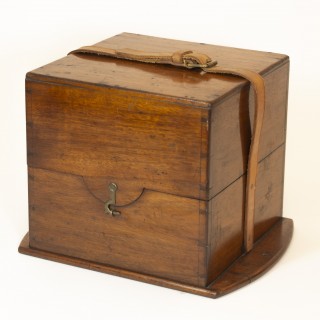 The chronometer is in excellent condition, the original three-tier mahogany box with a printed maker’s label inside the top lid and a circular plaque marked Dent 55518, and brass folding carrying handles and escutcheon. The case retains its outer mahogany deck box with leather straps and latch to secure.

The high quality 56-hour movement is contained within a brass bowl (similarly stamped 55518) and gimbals. The movement has spotted full brass plates, a chain fusee and bi-metallic Thomas Earnshaw-type chronometer detent escapement. It is rear wound with the original sprung ‘tipsy’ key.

The movement is shortly to be overhauled within our workshops and guaranteed for 3 years.

Dent of London is a renowned company of clockmakers, established by Edward John Dent in 1814. They were commissioned to make the Standard Clock at the Royal Observatory, Greenwich which was to keep “Greenwich Mean Time” the time to which all others in the Empire were referred. In 1852, Dent were awarded the contract to make London’s “Big Ben” clock. They were also awarded Royal warrants by Queen Victoria, later renewed by Edward VII and George V.