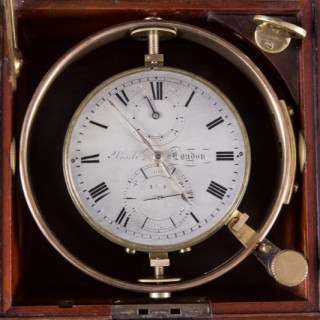 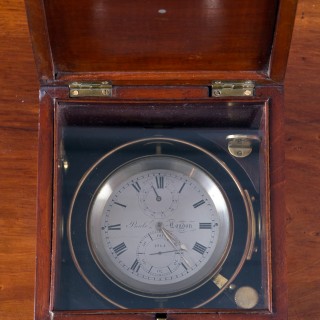 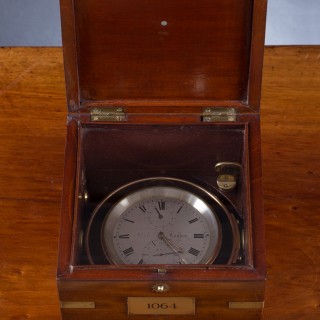 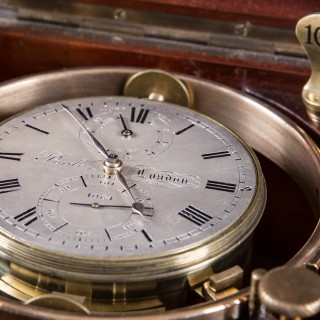 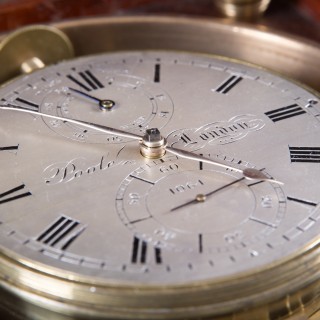 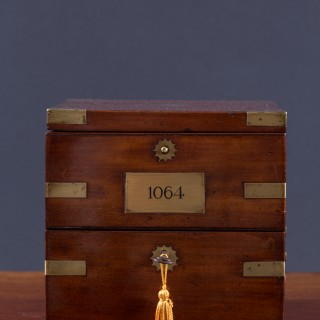 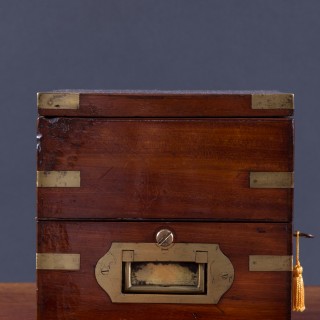 Three tier mahogany brass bound box with inset carrying handles, decorated brass escutcheon and key to the base, ‘push button’ brass knob opening to the third tier. Brass plaque to the front of the box carrying the number 1064. The mahogany box has a rich patina with signs of age that one would expect to find on an instrument of this age.

The movement is set in a lacquered brass bowl with screw down bezel mounted within a pivoted gimbal with knurled locking screw and tipsy key.

All the wheelwork and parts of this chronometer are original and in good condition, the movement (in line with all clocks offered for sale by Olde Time) has been stripped down, completely overhauled, cleaned and tested.

John Poole became one of the great chronometer makers of the world, his movements and ideas were used by many other makers. It is well documented that one of his most important inventions was his own auxillary compensation (later to become known as ‘Poole’s auxillary compensation’) a device to correct low temperature error. He won the famous Grenwich trials (which were conducted by the Admiralty through the Royal observatory at Grenwich) twice, once in 1844 and again in 1854 for achieving the highest rate of accuracy. Sadly, John Poole took his own life shortly after winning the gold medal for excellence at the Paris exhibition. His business was carried on by his brother James.

John Poole was an outstanding chronometer maker, one of the very best he was established c.1840, this particular example being one of his earlier chronometers, he developed his auxillary temperature compensation c. 1850. C.1846