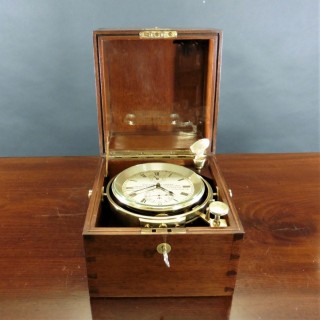 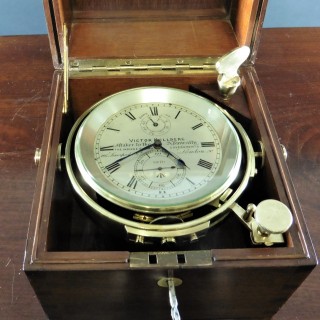 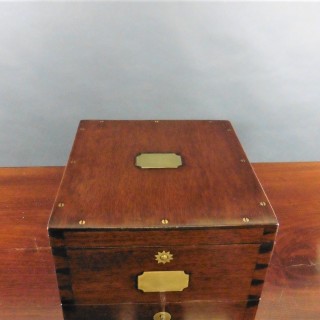 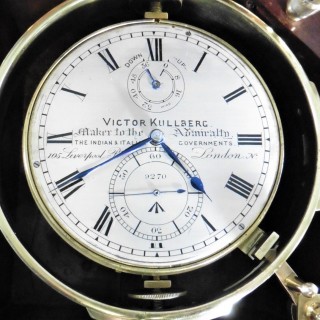 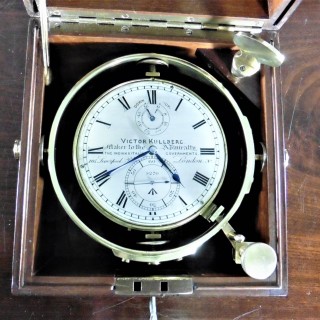 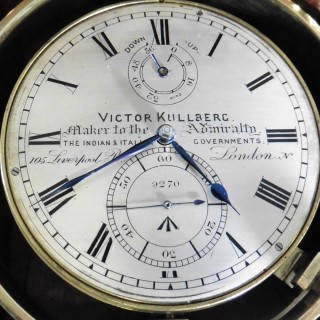 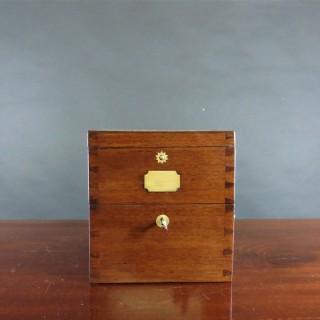 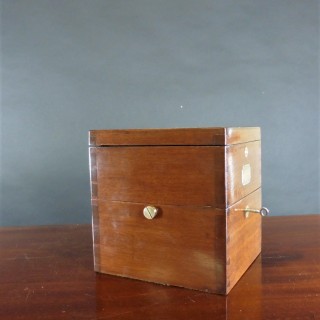 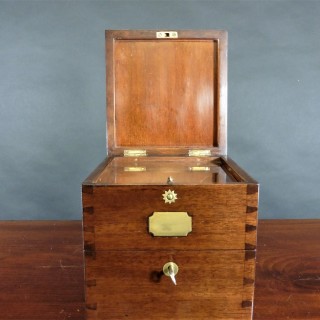 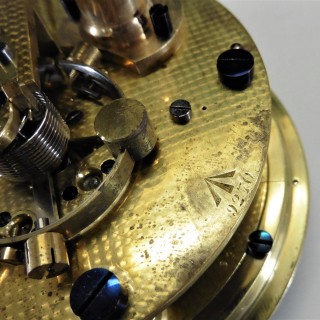 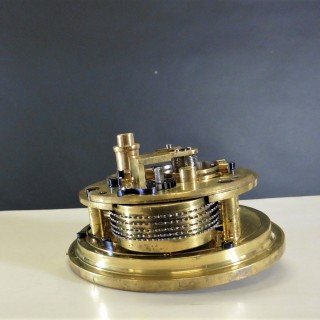 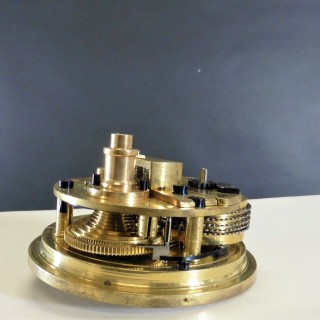 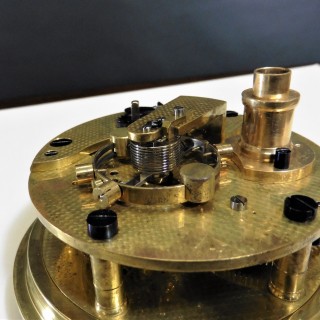 Three tier mahogany box with rectangular brass plaque to both the top and the second tier below a brass ‘push button’ knob opening to a third tier with round brass escutcheon.

The four and three quarter inch silvered dial signed ‘Victor Kulberg, maker to the Admiralty, The Indian and Italian Governments. 105 Liverpool Road, London. N.’ Numbered 9270 with Roman numerals and subsidiary dials for ‘state of wind’ and seconds. Inside the seconds dial bears the mark denoting military use.

The movement is set in a lacquered brass bowl with screw down bezel mounted within a pivoted gimbal with knurled locking screw and original tipsy key.

Victor Kulberg was born in Gothland, ( Sweden) in 1824, he then worked for Louis Urban Jurgensen in Copenhagen before moving to Islington ( London) c.1850. After 1851 he moved to Liverpool Road, he won an award for ‘improvements to the marine chronometer’ and became one of the most respected chronometer makers of his time.

He died c.1890 after this date the business was continued by his son Wennerstrom Kulberg until the mid 1940’s.

His workmanship of the very highest quality. He invented a compensation balance with a flat rim.

His balance and hairsprings were used by many chronometer makers. He also supplied many retailers and nautical opticians with complete movements. He also made pendulum regulators and very fine watches.