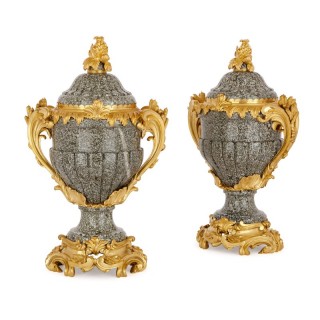 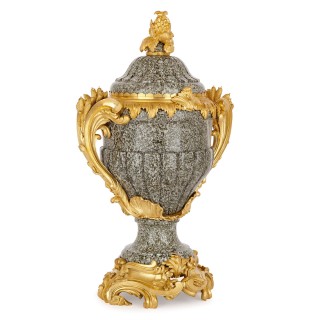 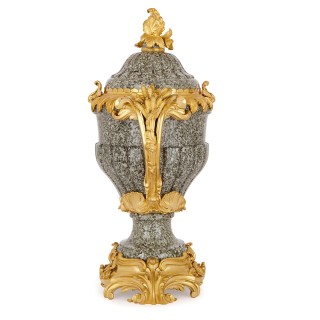 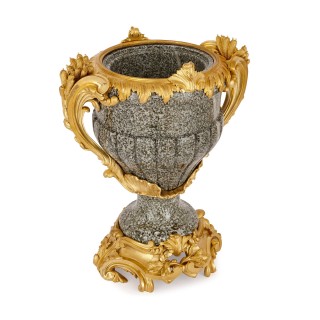 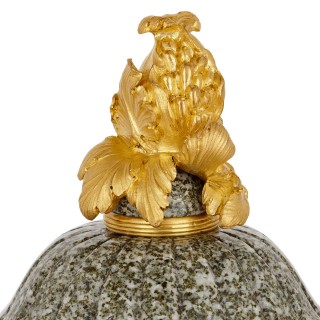 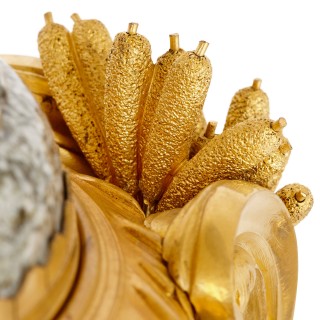 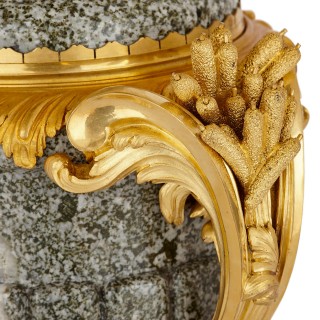 In their form, these grand vases are based on a Louis XV model which was popular among 19th Century craftsmen in France. Auguste-Alfred Beurdeley, Henry Dasson and François Linke—the leading designers and makers of the period—all created vases of this form, using a variety of marbles. Linke created a pair of vases, very similar to these, in fleur de pêcher (purple) marble (see C. Payne, François Linke, 1855-1946: The Belle Epoque of French Furniture, Woodbridge, 2003, p. 205, pl. 223).

These opulent vases will add splendour and sophistication to an interior, be it traditional or modern in its design.