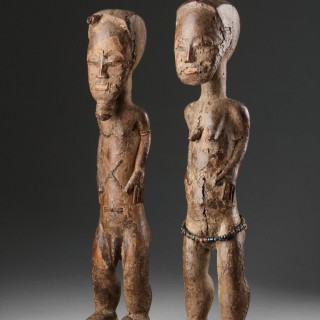 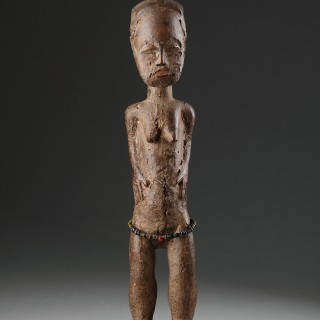 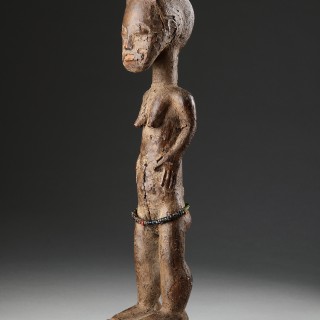 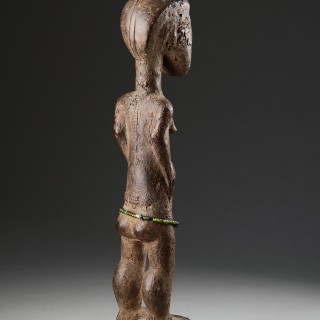 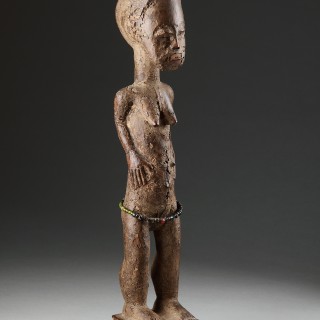 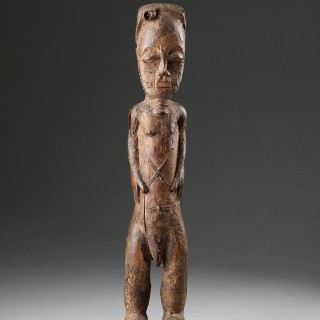 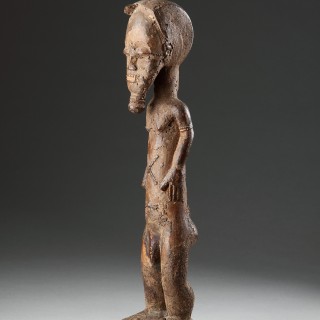 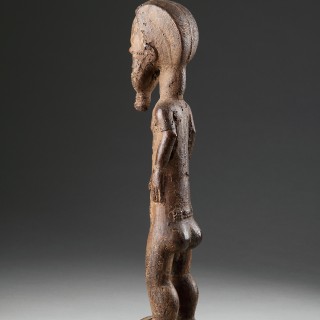 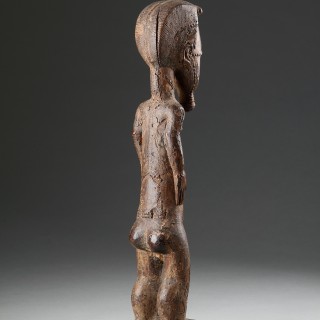 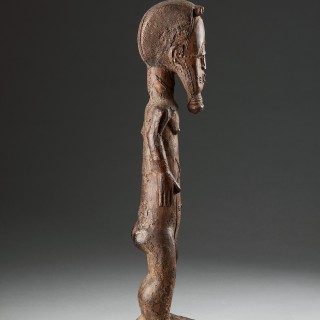 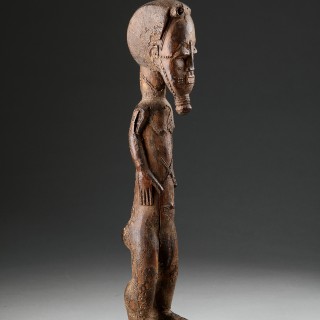 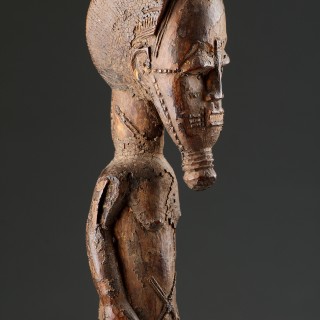 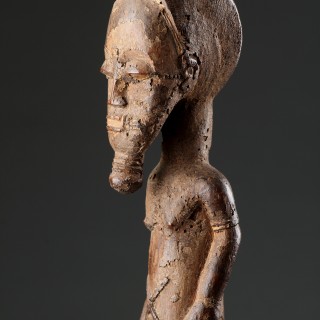 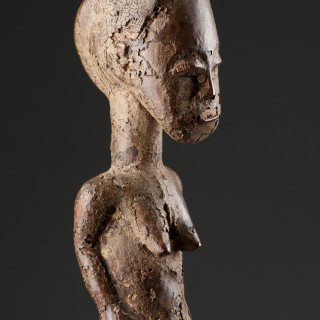 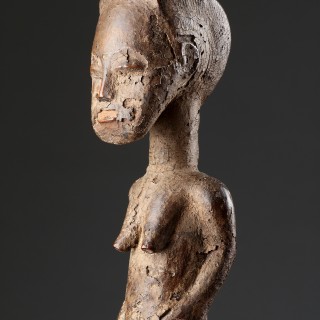 Baule sculpture is one of West Africa’s most significant art traditions which influenced many 20th century artists notably Amedeo Modigliani. To western eyes the essence of Baule style is a balanced asymmetry that excites whilst also suggesting stability and calm. The faces are tilted gently to one side whilst one eye is lower than the other, the hair is finely carved in zig zag ridges, and the downcast eyes together with the careful holding of their hands against their bodies all give a feeling of peaceful introspection.
Baule figures are carved to represent two types of spirit: spirit spouses or mates in the other world or bush spirits who inhabit nature beyond the edge of human settlements. Both are similar in form and each type is referred to by the Baule as ‘waka san’, a person in the wood. Figural bush spirits are carved as intermediaries who may intervene in a person’s life to confer clairvoyance enabling them to divine through trance dances. They are also used to localise troublesome spirits and in this instance the figures receive libations and develop an encrusted surface as have these examples. Sometimes these figures become important spirit helpers and are displayed near the diviner during a public performance.