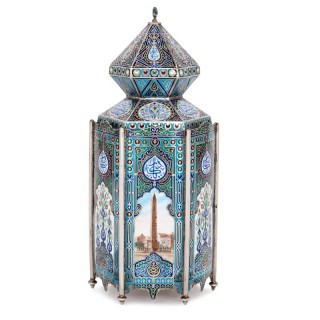 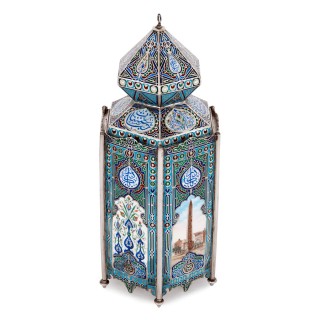 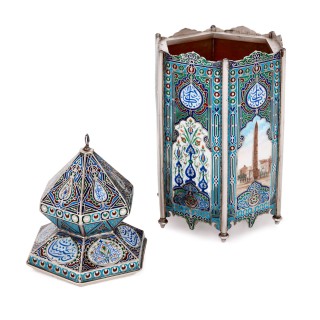 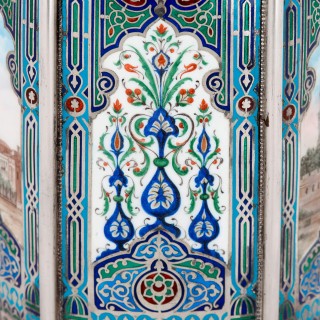 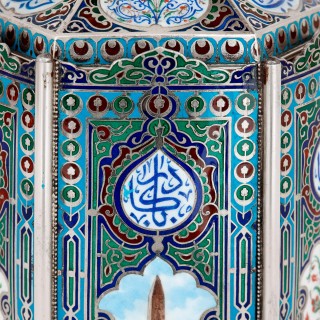 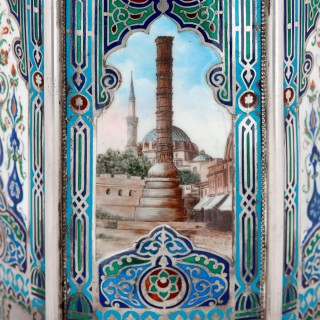 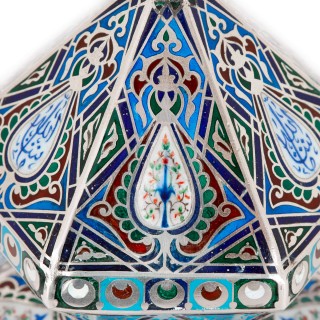 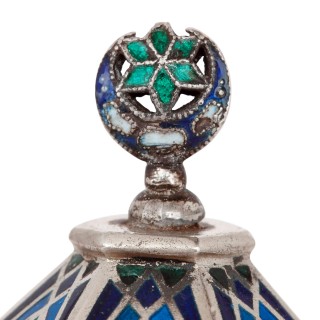 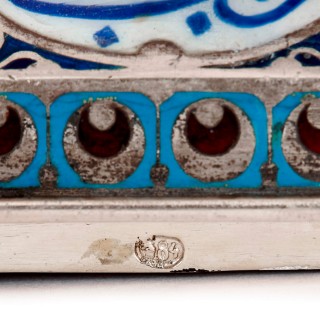 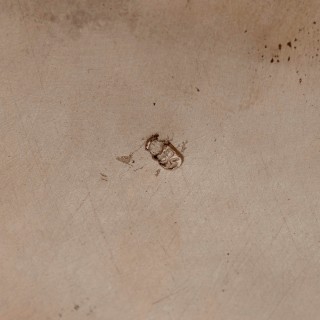 This Russian-made Islamic vase is an exquisite piece of craftsmanship that was intended for the Turkish market. The piece is colourfully enamelled and painted. The vase is hexagonal in form, with a removable diamond-shaped lid, topped with a crescent moon and star motif.

The six facades of the piece feature either purely ornamental panels, with vase and flower motifs, or are painted with images of historic Turkish monuments. These panels are framed by mihrab niche profiles, and topped by teardrop medallions containing calligraphic Arabic script. This type of decoration continues onto the lid of the piece. The interior is silver-gilt and there are makers marks found on the underside of the base and rim of the lid.

On one facade, the Column of Constantine is painted, positioned before the Green Mosque of Iznik. The column, known to some as the Burnt Stone or Pillar, was built by Constantine the Great to commemorate the moment Byzantium became the new capital of the Roman Empire. The mosque, built in the medieval period, is equally as significant, being upheld as the earliest example of an Ottoman style of architecture.

A second exquisitely-painted scene depicts the Obelisk of Theodosius, with its distinctive bas-relief pedestal. This ancient Egyptian obelisk stood outside the Hippodrome of Constantinople, placed there by Theodosius I.

The final painted panel shows the Beyazit Tower, or Seraskier Tower, which was designed by Senekerim Balyan in the early 19th Century, on the orders of the Ottoman Sultan, Mahmud II, and placed on one of the ‘seven hills’ that Constantine the Great built the city of Istanbul on.

The images on this silver vase suggest that it was intended for the Turkish market. It is a unique and stunning object, and one which will invite many interesting discussions.