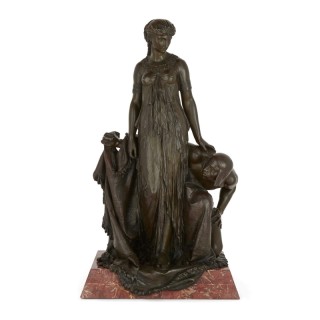 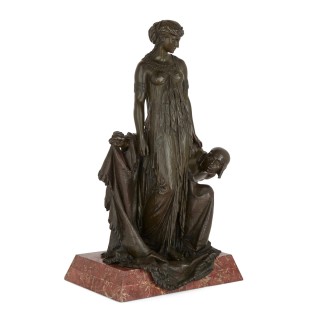 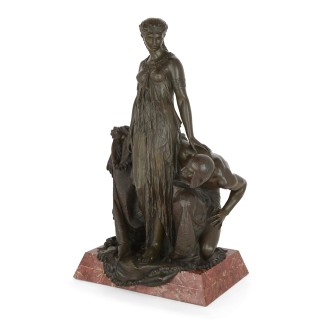 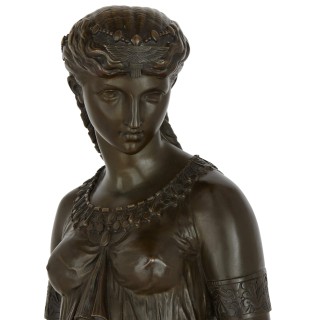 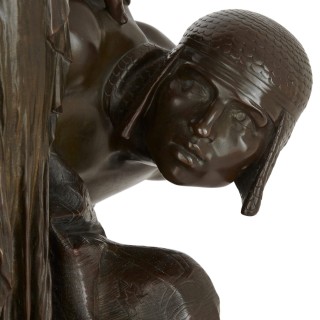 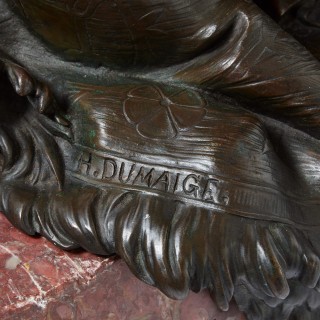 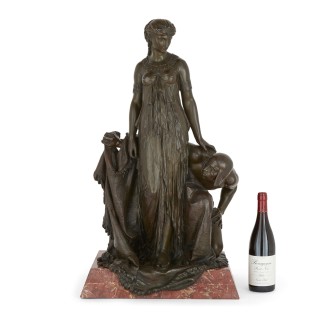 More commonly known for his works based upon Classical themes and figures, Etienne Henry Dumaige was a widely acclaimed and highly regard bronzier and sculptor of the nineteenth century, exhibiting his sculpture at the Paris Salon and the Academie des Beaux-Arts from 1862-1877. In this piece he took an unusual departure from the work that characterised his oeuvre, and instead crafted a composition in the Egyptian Revivalist style.

In this sculpture, which derives its pose and theme from a painting by the French academic painter, Jean-Leon Gérôme, ‘Cleopatra before Caesar,’ Dumaige depicts a princess, standing with her weight slightly to the left, resting her hand upon her attendant, and adorned with jewellery marking her out as an Egpytian. She wears light, diaphanous robes, that cover but suggest her slim feminine figure beneath. The attendant reveals her from behind a tapestry robe which is strewn beneath them. The group is then mounted upon a veined marble base. The signature ‘H. Dumaige,’ is carved on the cloak at the front.