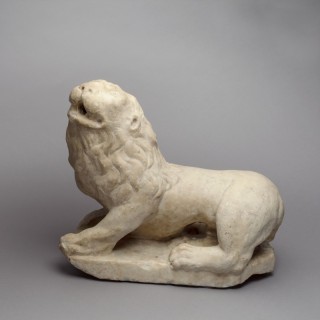 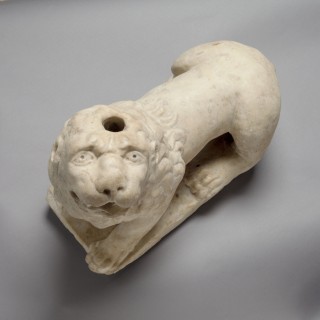 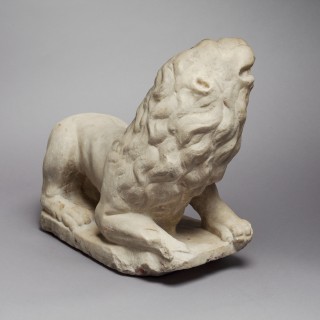 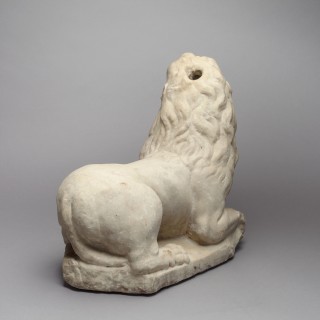 This charming Italian carved lion was formerly part of a larger fountain.

This late medieval lion is carved from ancient Parian marble which was the most highly prized marble in antiquity and was imported into Rome from Paros which was part of the Roman Empire for many centuries. It has been estimated that as many as 75% of all the sculptures created in the Aegean islands were carved from this stone which was appreciated for its flawless consistency and transparency to a depth of over 3.5 cm. Archaeologists have estimated that at the height of the Roman Empire 150,000 slaves worked in the quarries which finally closed in the 7th century apart from a brief period in the 19th century when two mining companies were in operation and Napoleon’s tomb was constructed.