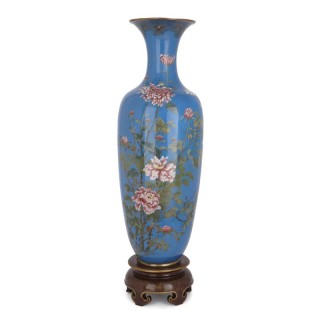 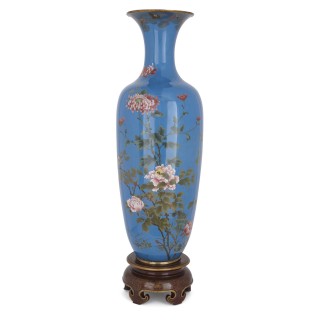 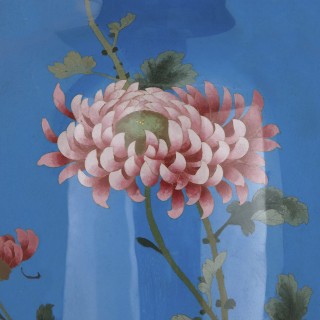 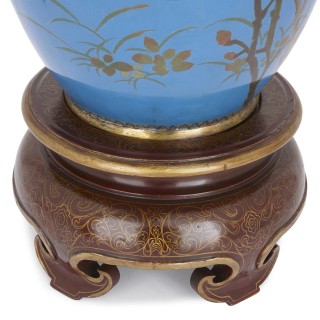 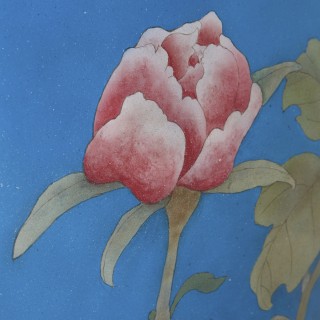 This cloisonné enamel vase is a truly beautiful piece of design, which measures an impressive 1.7 metres (67 inches) on its stand. The vase demonstrates the exceptional quality of Japanese craftsmanship in the Meiji period. It was in this period that Japan began to trade with Europe and the West, leading to major developments within the craft professions as they worked to meet the export demand. It would have been incredibly fashionable, in Europe in the late 19th Century, to own a Japanese piece of furniture or vase, like this one.

The vase is of ovoid form and features a slender neck with a flared rim. It has been beautifully enamelled using the cloisonné technique, whereby enamel is applied to cells, created by wires applied to the object’s surface. The enamelled designs depict leafy green stems with large white and pink peony flowers, set against a royal blue ground. The vase is displayed on a circular lacquered wooden plinth, which is placed on curved feet.