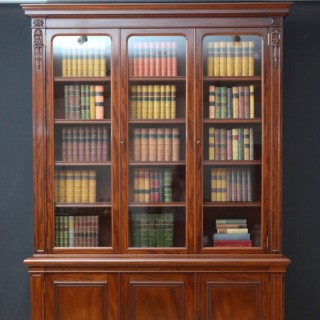 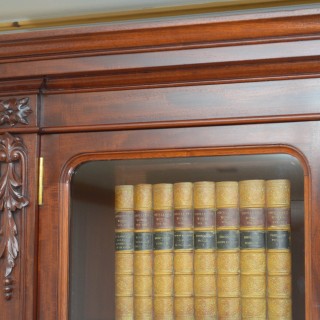 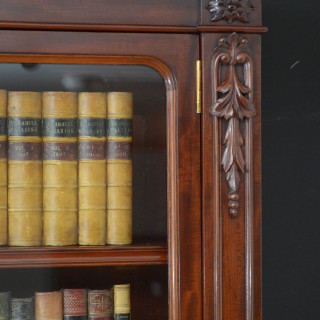 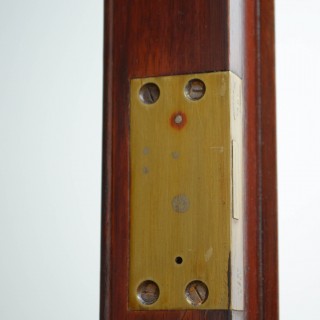 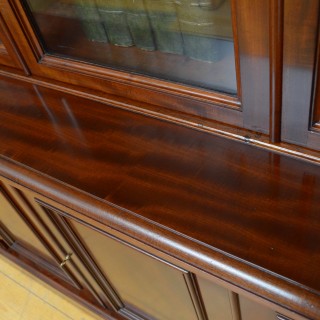 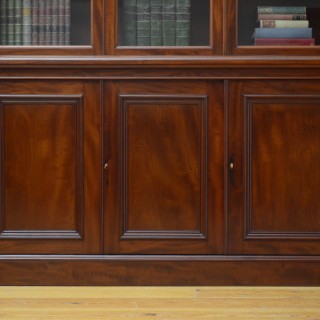 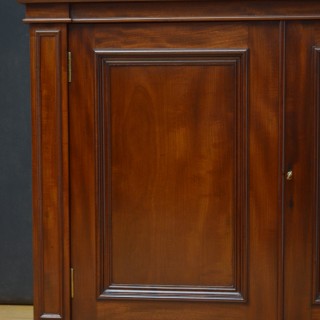 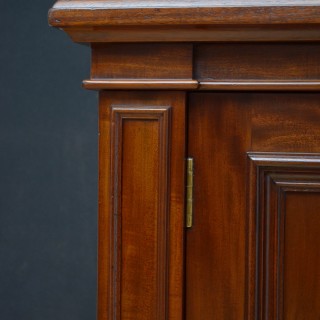 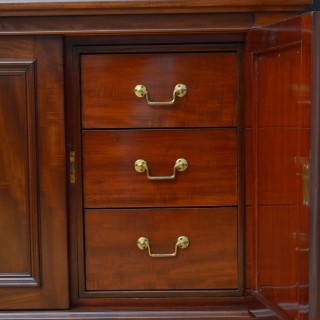 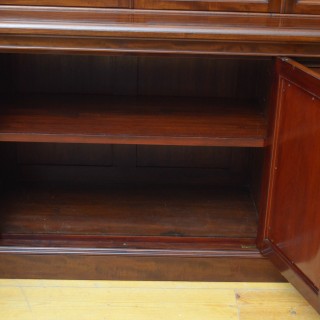 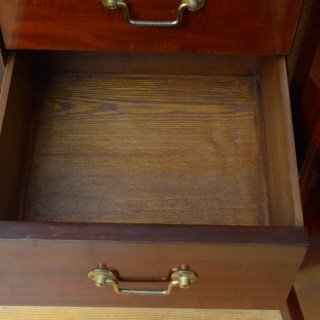 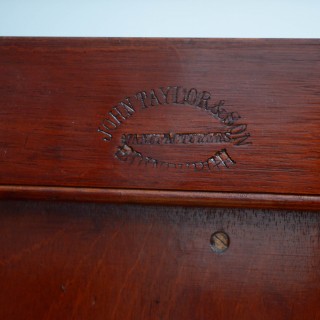 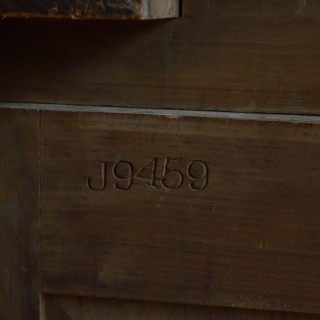 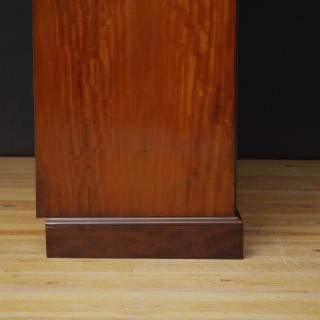 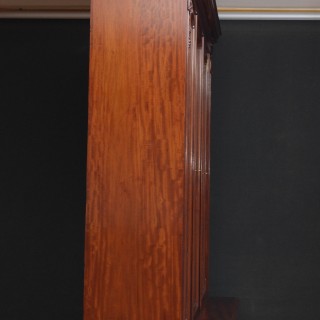 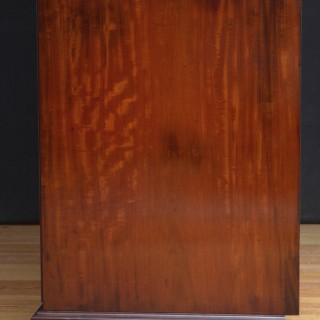 Sn4764 Fine quality Victorian bookcase in mahogany, having cavetto cornice above 3 glazed doors fitted with original working locks and key and enclosing height adjustable shelves, all flanked floral carvings. The projecting base having 3 figured mahogany, panelled doors also fitted with original working locks and enclosing shelf and 4 oak lined drawers, all standing on plinth base. This antique bookcase has been sympathetically restored and is ready to place at home. This bookcase split into 3 sections, cornice + top + base and doors. c1870
H93.5″ W65″ D21.5″-max base
H238cm W165cm D55cm-max, base

Starting out as a cabinet maker in 1825, John Taylor established the business in West Thistle Street, Edinburgh.
Gaining success and a reputation for quality work, the business moved to 109/10 Princes Street with his son joining the firm. It was here, in 1852, John Taylor and Son were appointed ‘Cabinet-makers and Upholsterers in Ordinary to Her Majesty the Queen’.
Further expansion came in the latter part of that decade in 1857, when they established their Rosemount Cabinet Works at Gardner’s Court, going on to become one of the largest, and best regarded, cabinet makers in Victorian Scotland employing several hundred local people.