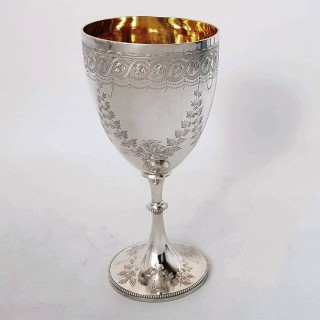 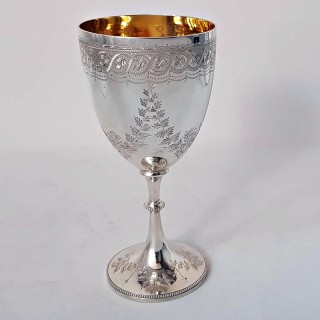 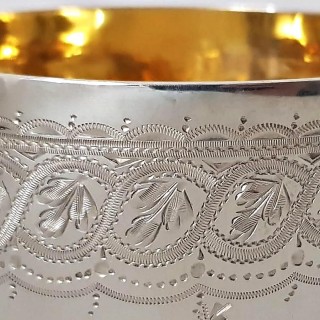 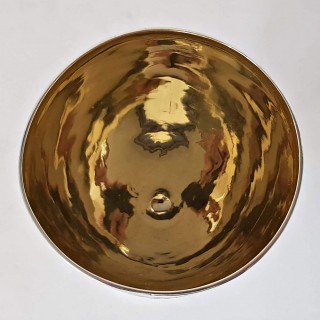 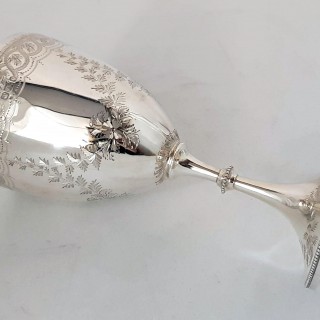 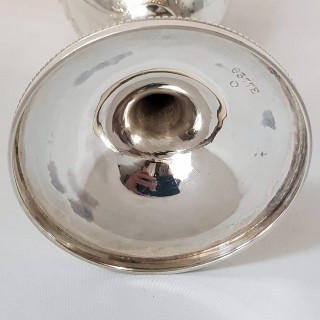 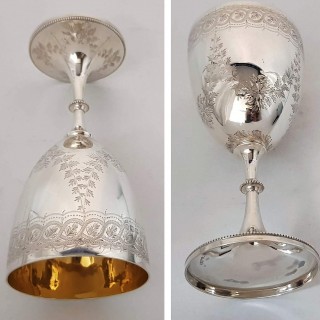 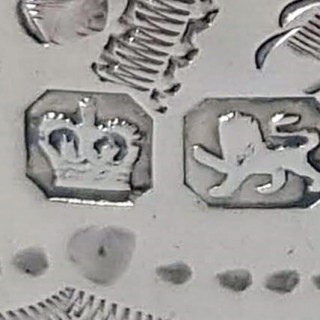 MARTIN HALL
The firm Martin Hall was established as a partnership in 1820 in Sheffield by Henry Wilkinson and John Roberts, trading as Wilkinson & Roberts. Wilkinson left in 1836. In 1846 John Roberts became partners with Ebenezer Hall (his apprentice in 1836) as Roberts & Hall.
In 1854 Richard Martin (of Martin Brothers & Naylor) and Joshua Hall (brother of Ebenezer Hall) entered the partnership and the firm became Martin, Hall & Co. In 1866 the firm became a limited company. Although originally based at Shrewsbury Works, Sheffield the company also had factories in London and Birmingham with showrooms in London and Glasgow. The firm participated in the 1851 Great Exhibition, the International Exhibition (1862), the Sydney Exhibition (1879), the Melbourne Exhibition (1881) and the 1915 British Industries Fair.
In liquidation 1933, Closed by 1936. Their full name was Richard Martin, Ebenezer Hall & Co.

The cup is in very good condition. Crisp engraving. Stamped with a full set of clear silver marks around the top rim.