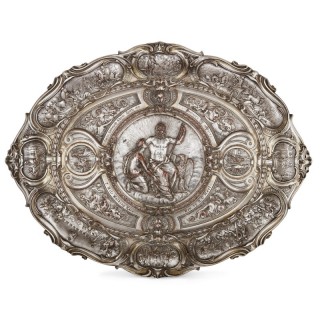 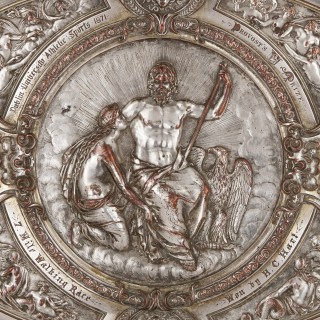 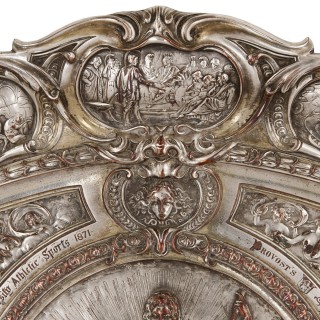 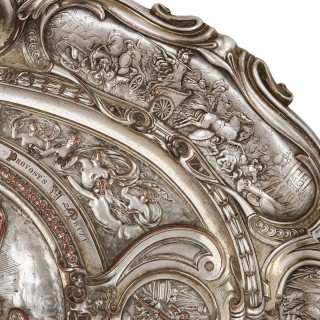 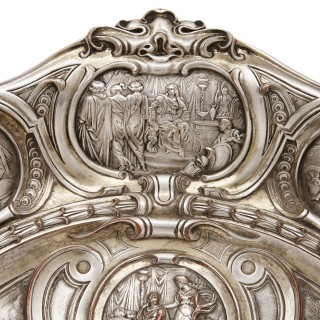 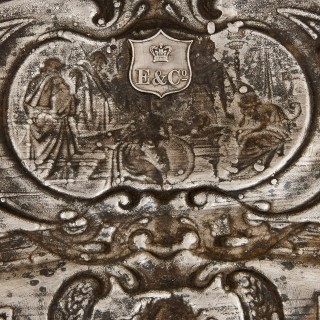 Created to mark a sporting accolade awarded by Trinity College, Dublin, this silver-plated tray is inscribed “Dublin University Athletic Sports 1871 / Provost’s Prize / 7 Mile Walking Race / Won by H. C. Hart”. This tray thus represents a piece of significant interest to current members and alumni of Trinity College, Dublin, as well as collectors of sporting memorabilia and pieces produced by the acclaimed Manchester silversmiths, Elkington & Co. This firm of silversmiths were especially renowned for pioneering the use of electro-plating.

The tray, oval in shape, is formed with a series of bas-relief mouldings of Classical motifs, including Jupiter prominently placed at its centre. This central panel is surrounded by a series of battle scenes from the Homeric epics, all skilfully wrought by the silversmiths.

The front of the tray is marked E&Co., which designates Elkington & Co.