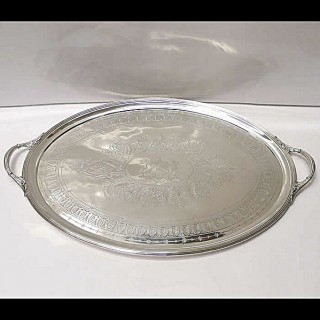 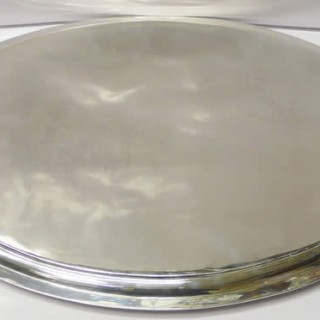 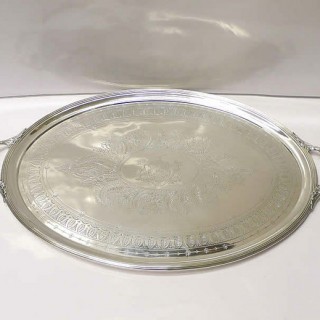 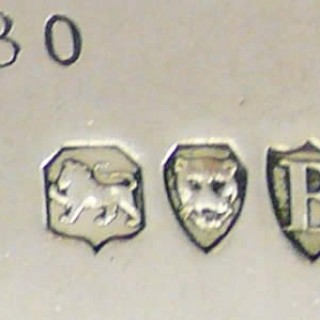 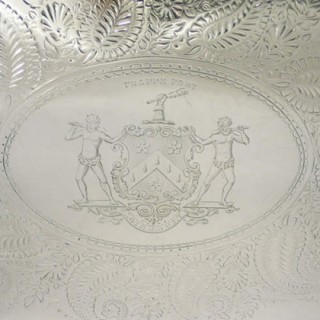 A good antique sterling silver tray of oval form and having a reeded border and side handles. Beautifully engraved to the centre with a foliate design and flowers. In the middle there’s a fine armorial with the motto “Frappe Fort Agincourt”, the arms of the Earl of Kimberley. Weight 2101 grams, 67.5 troy ounces. Spread 57 cms. Length 50 cms. Width 37.5 cms. London 1877. Maker Barnard Brothers.