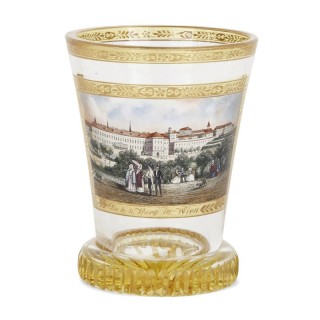 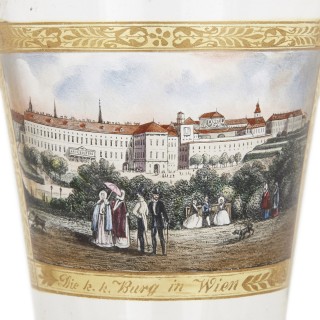 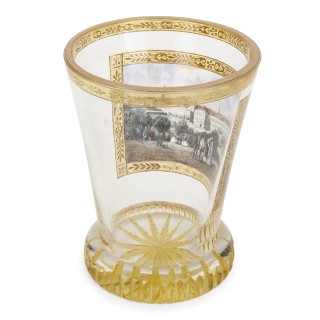 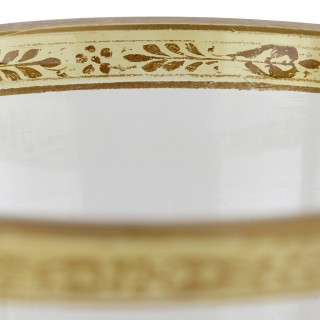 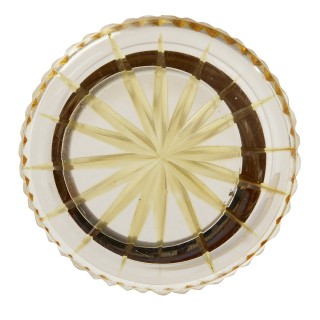 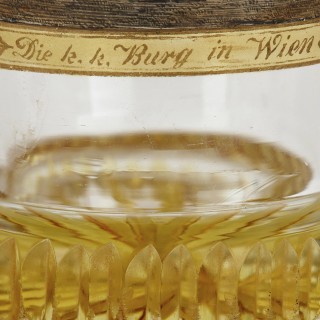 In its design, this exquisite glass beaker is inspired by the work of the famous early 19th-Century glass-maker, Anton Kothgasser (Austrian, 1769-1851). Kothgasser was renowned for the fine quality of his glassware, which was often decorated with Viennese scenes.

The glass beaker is composed of a cylindrical body with a slightly flared rim, which is set on a circular base. The body of the glass is enamelled with a beautiful cityscape, depicting the Burgtheater (the Austrian National Theatre) in Vienna. In the foreground, figures in 19th-Century costume are shown walking and sitting on benches on a hillside. The enamelled scene and the rim of the glass are encircled by parcel gilt bands, containing stylised foliate patterns. The band beneath the scene is inscribed ‘Die K. K. Burg in Wien’, which translates as ‘the Burgtheater in Vienna’. The base of the glass beaker is crafted from a golden yellow glass which is finely cut.