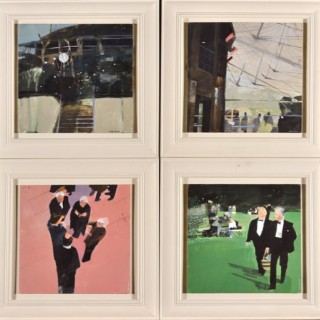 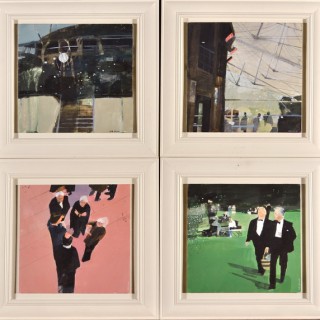 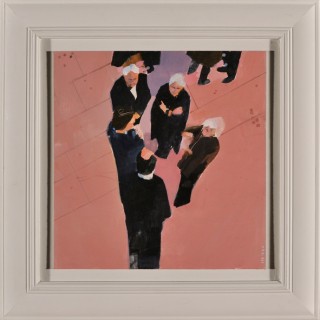 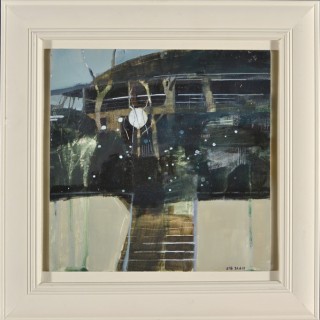 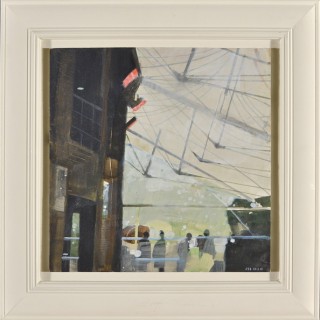 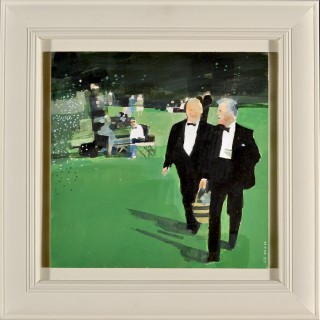 Set of 4 Acrylic on boards

VIEWS AT GLYNDEBOURNE
OPERA HOUSE AT NIGHT, LONG BAR ATRIUM,
BY THE LONG BAR, PICNIC IN THE GROUNDS

Acrylic on boards each 7 ¾ x 7 ¾ inches
Framed sizes each 11 ¾ x 11 ¾ inches
All initialed & numbered, each has signed label verso

He is based in the UK and paints the landscape, coastline and urban areas in a style recently described as ‘contemporary realism’. In 2004 Julian responded to a call for works in the style of 1930s travel posters. He was successful in having 2 originals purchased for the House of Lords permanent collection. He then created a series of 12 in similar style including views of Hastings Old Town, Alfriston, Shoreham by Sea and Dallington.
Since 2008 Julian has been creating a ‘daily’ painting and in 2010 exhibited a collection of 200 of these at Glyndebourne Opera House near Lewes in East Sussex. He has created paintings during the Glyndebourne Festival for the past three years and has recently completed the 2014 season.