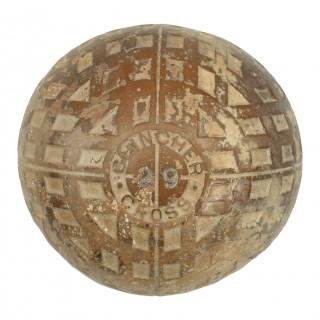 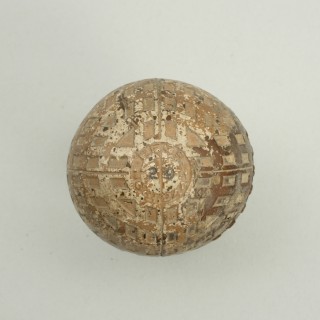 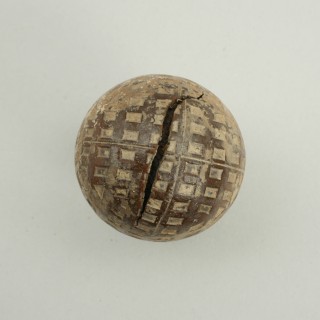 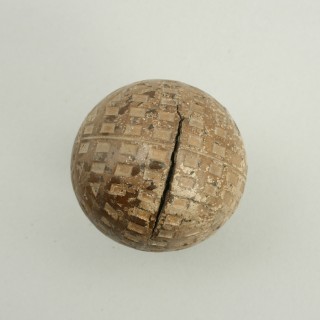 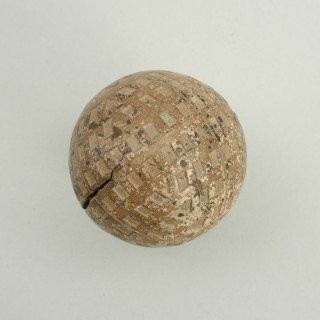 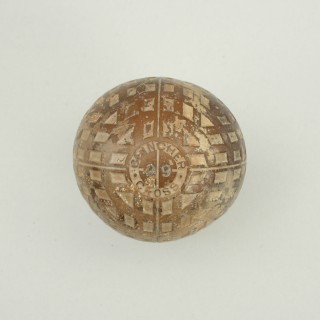 Vintage Golf Ball, ‘Clincher Cross’ 29.
A good example of a 1920’s rubber core golf ball with mesh pattern cover. The brown patination suggests it is probably a lake ball and is in fair condition for it’s age, although it does have two cracks in it’s surface. The ’29’ designates its size. The ball was manufactured by the North British Rubber Co. Ltd. Edinburgh, Scotland.

The rubber core ball (the ancestor of the modern ball) began its life in the late 1890’s. The first mass produced rubber core ball was by Coburn Haskell of Cleveland, Ohio. The first core balls were hand wound with elastic thread with a Gutta-percha cover, moulded with the raised square mesh pattern of their predecessor. The slight irregularities in the early wound balls made them quite lively, it was not until the invention of the automatic winding machine by John Gammeter (an engineer at Goodrich) and the change of pattern from mesh to bramble that the balls became more consistent and predictable.