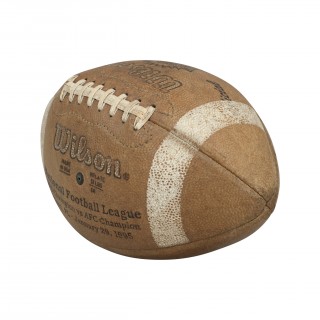 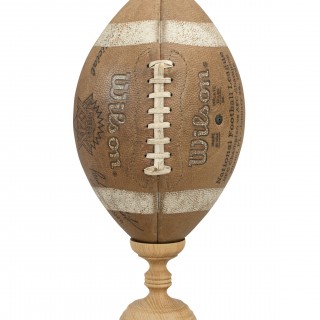 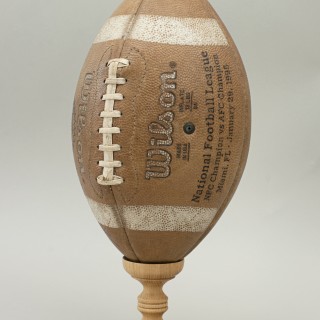 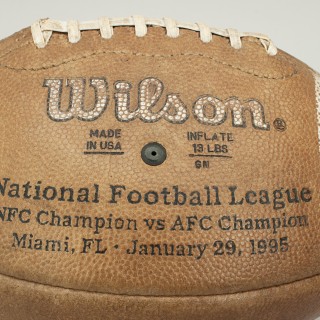 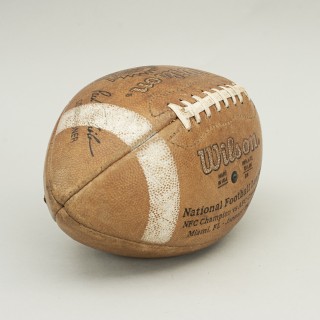 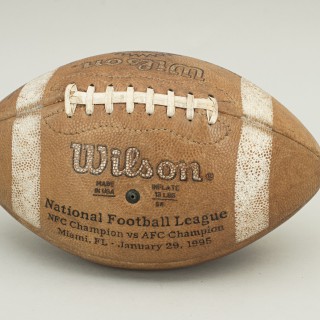 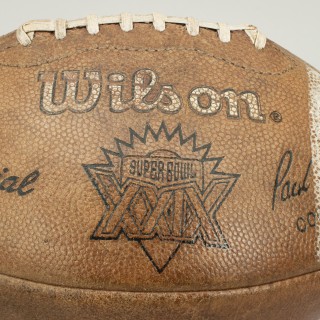 A great ball with typical wear for a ball of this age and a true piece of NFL Super Bowl collectible sports history.

The stand is sold separately.

Super Bowl XXIX was an American football game between the American Football Conference (AFC) champion San Diego Chargers and the National Football Conference (NFC) champion San Francisco 49ers to decide the National Football League (NFL) champion for the 1994 season. This is the only Super Bowl in history to be played between two teams from the same state. The 49ers defeated the Chargers by the score of 49-26, becoming the first team to win five Super Bowl championships. The game was played on January 29, 1995 at Joe Robbie Stadium in Miami, Florida.

Paul John Tagliabue (born November 24, 1940) is a former Commissioner of the National Football League. He took the position in 1989 and was succeeded by Roger Goodell in 2006.

The ball holds its shape but the bladder does not hold air.