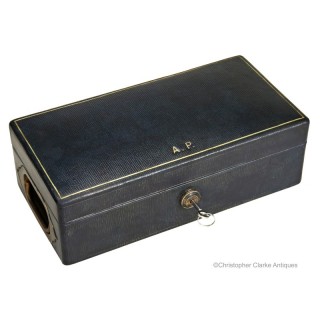 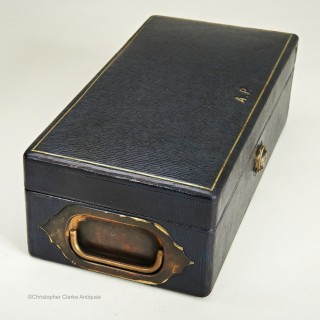 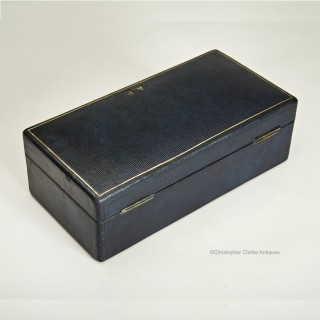 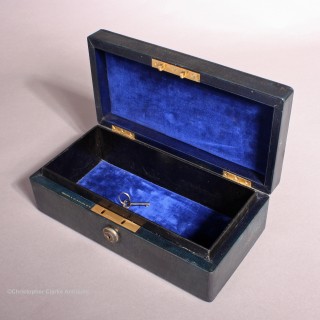 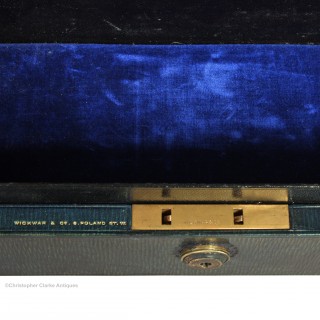 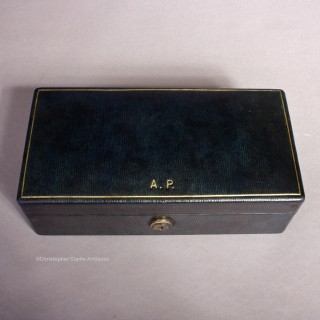 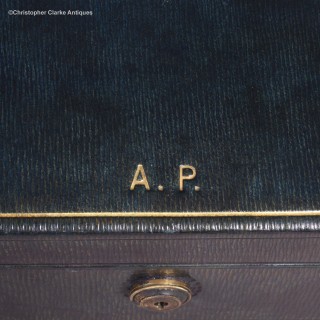 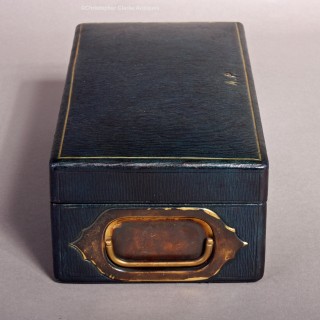 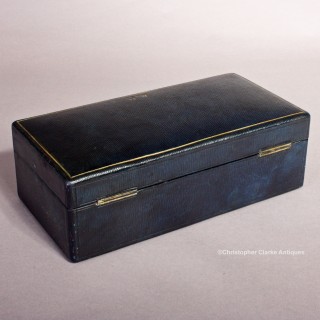 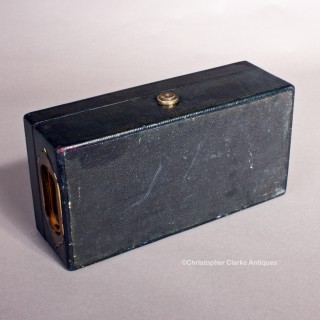 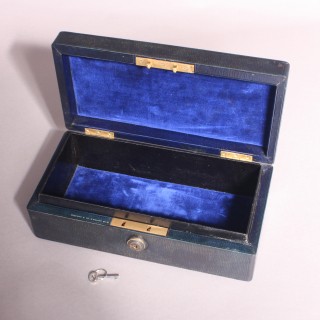 This is an unusual colour for a Despatch Box and it is highlighted by the single gilt tram line to the top, which is also marked ‘A.P.’ The maker’s name of Wickwar & Co. 6 Poland Street is stamped to the left of the Bramah lock, which has a replaced key. After unlocking the box, the escutcheon disc slides across to open the box. The interior is lined in dark blue velvet to compliment the leather.

To one end the box has a flush, brass campaign handle, which has developed a dark patina. Despatch boxes were used for storing or moving important papers, often by government offices or civil servants But they were also used by estates and private individuals, like this one. Late 19th Century.