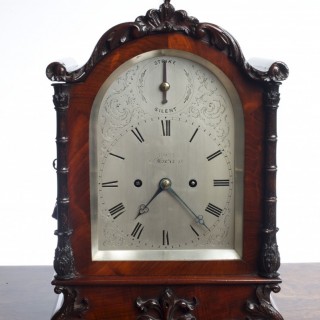 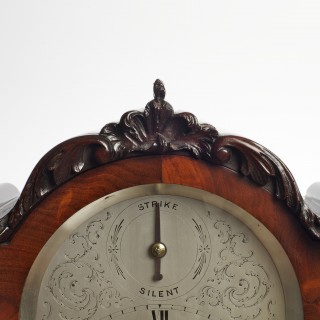 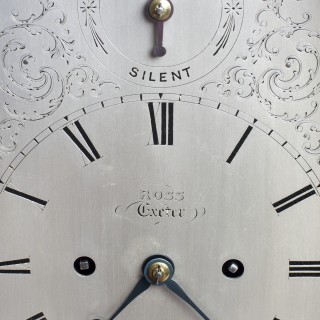 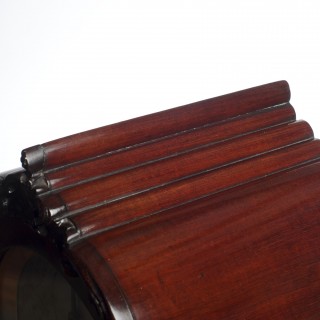 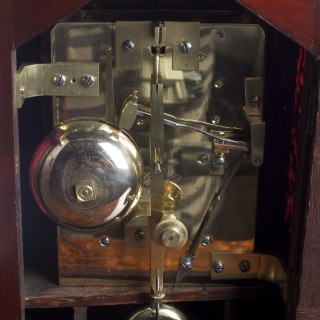 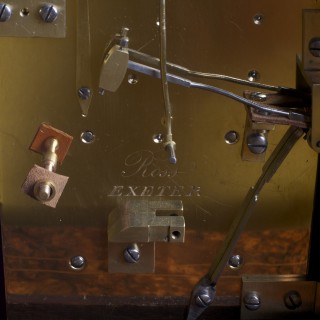 ‘Watchmakers and Clockmakers of the world’ by Brian Loomes lists Daniel Ross as working in Exeter in the early parts of the nineteenth century. Also the following entry appears in Clive Ponsfords informative book ‘Devon clocks and clockmakers’ lists:

ROSS, DANIEL: EXETER. ‘Chronometer, watch and clockmaker, 31 High St…has commenced business…and trusts the practical knowledge he has acquired of the trade from one of the first chronometer and watchmakers in London, will secure for him that patronage it will ever be his study to deserve. Watches and clocks on the most improved and scientific principles made and accurately repaired’ (Exeter Gazette, 2 Sept 1837). ‘Ship chronometers rated for finding the Longitude by one of Troughton’s transit instruments’ (1848 advertisement). Moved to 230 High St in 1855 and to Bedford St in 1859; on the closure of the business in 1864 Ross’s stock of clocks and watches was acquired by Messrs Ellis, 200 High St (EFP). He was recorded in 1861 Census at Bedford St, aged 49, watchmaker, born Exeter, ‘blind about 10 years’. His wife Mary Anne, died 10 July 1863 (EFP). Ross successfully tendered in 1844 to supply the clock at Exminster Hospital; he also supplied one for Old Blundell’s School, Tiverton, and another for St Mark’s Church, Dawlish 9now demolished). His clocks and watches are invariably of a high standard; they include rosewood cased bracket and travelling (four glass) clocks. The name ‘Ross Exeter’ is on a handsome pair of burrwood library timepieces, one of which is illustrated in C.N.Ponsford, Time in Exeter. Exeter Museum has a lever escapement silver watch.