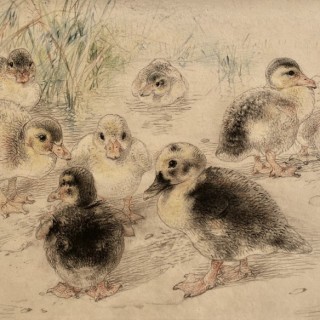 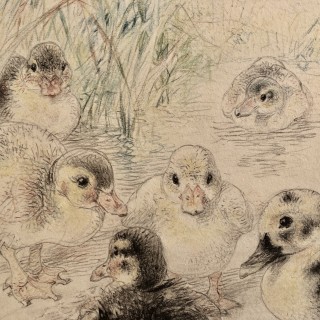 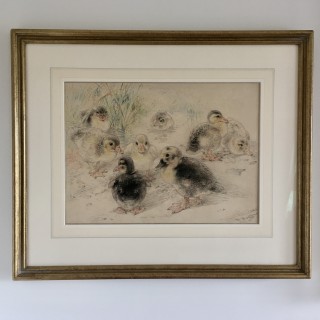 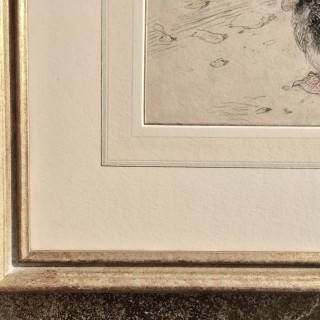 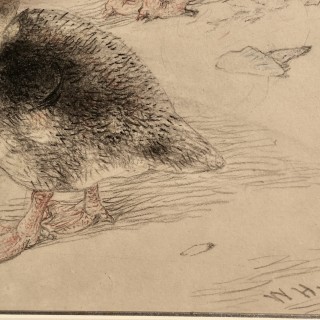 Huggins was born in Liverpool and studied at the Liverpool Mechanics’ Institution, exhibiting work at the Liverpool Academy of Arts from an early age. Largely and animal painter, he drew from life, sketching the animals in Liverpool’s zoo, Wombwell’s Traveling Menagerie and the many pets and domestic animals in his own household. In addition to his animal subjects, he also painted landscapes and literary themes from Milton, Shelley and Spenser, although the subjects invariably included an animal. He exhibited Androcles and the Lion at the Royal Academy in 1846 and thereafter becoming a regular exhibitor both in London and in other major UK venues. He became a member of the Liverpool Academy in 1850. Examples of his work are in many public collections throughout the UK.