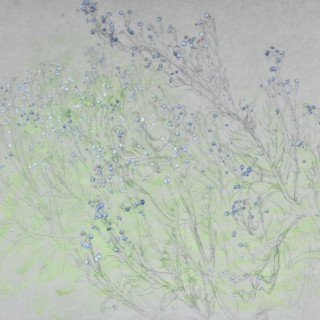 Signed and dated ‘02
Oil and pencil on grey paper