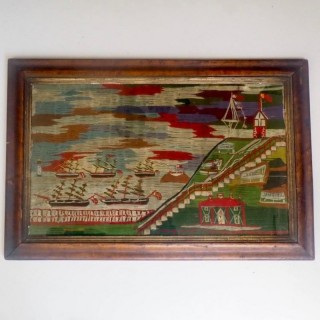 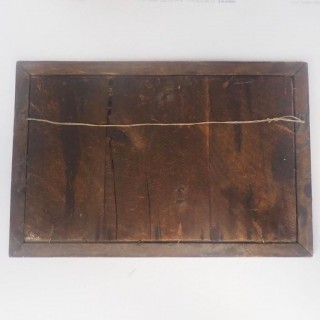 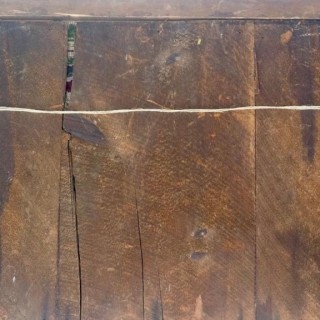 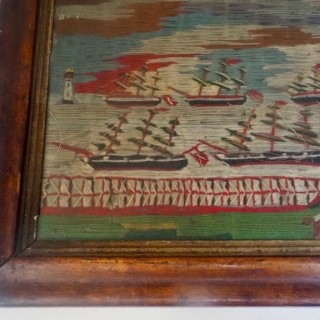 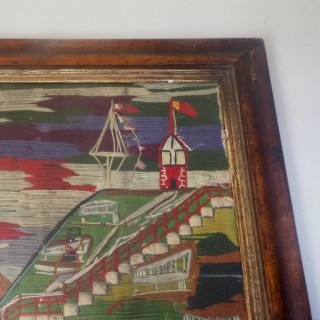 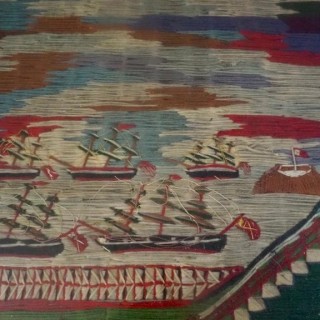 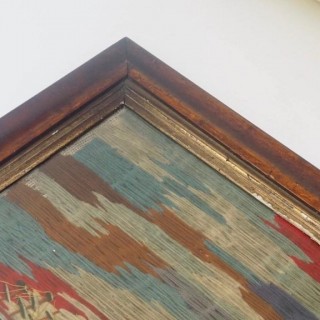 Wool Work Embroidery or "Woolie" of British Naval Ships Circa 1860

Wool work embroidery also known as Woolies, of British naval vessels off a cape circa 1860.

Naive in style and firmly rooted in the tradition of Folk art this piece has been beautifully crafted using long and short stitches of bold colours yet he has been careful to include details of the rigging of the ships and the semaphore mast with a great deal of care.

Embroidered ship portraits are thought to have originated in Great Britain around 1840, Intended as a remembrance of a particular vessel or port, they reached their greatest popularity between 1860 and 1880 and waned with the passing of the great sailing ships and the introduction of photography.

Ship embroideries are usually unsigned and their makers unidentified but were most commonly by sailors who were adept at needlework.
The portraits depict usually naval warships, merchant vessels or coastal scenes, including nautical guideposts such as lighthouses, beacons and buoys.

The pictures were worked on plain-weave cotton or linen cloth in now often faded wools coloured with natural or synthetic dyes, the latter being used almost exclusively after 1850. The most commonly applied stitches were the long and short, surface satin and stem stitches.

This piece been listed alongside a smaller wool work of a single ship by the same artist.

In good condition, some small loss of wool.
The frame is original, rare to have their original backings, loss of veneer and guilt to areas of the frame.

Wool Work Embroidery or "Woolie" of British Naval Ships Circa 1860