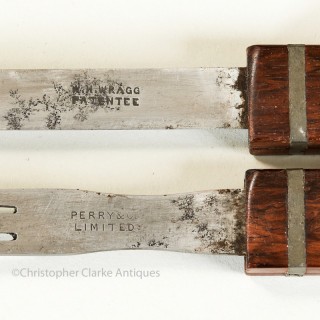 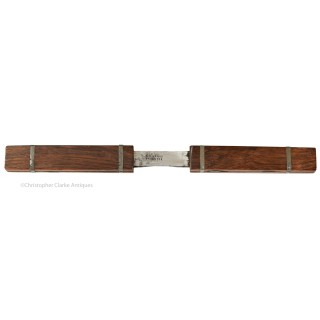 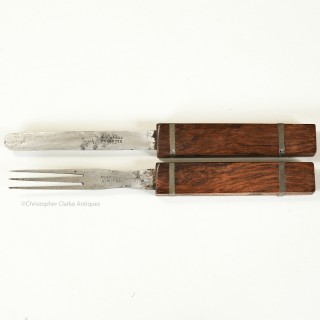 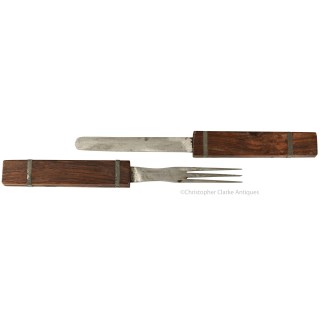 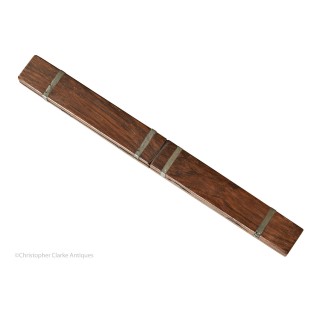 Wragg of Sheffield marked ‘Patentee’ to the blade after his name but it is probable that Perry retailed the set. Perry started off as dip pen manufacturers in 1824 but quickly grew into retail and expanded their range. We have had a Ransome Patent Inkwell marked Perry in the past.

This design is a classic amongst travel cutlery. Early, smaller examples are known by European makers and others copied it into the 20th century. The two handles are also the protective sheaf for the steel blade and tines of each other, giving an easily packed bar of rosewood.

We have had a number of sets of Wragg cutlery before but the addition of the retailer’s name adds extra interest to this set. Perry became a Limited Company in 1876, helping us to date the cutlery. Circa 1880.

Closed size is given

Some wear as to be expected but generally good