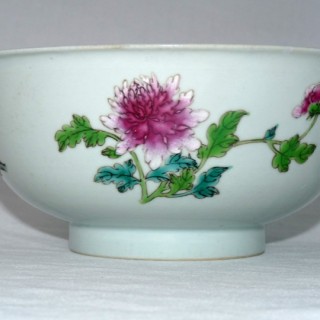 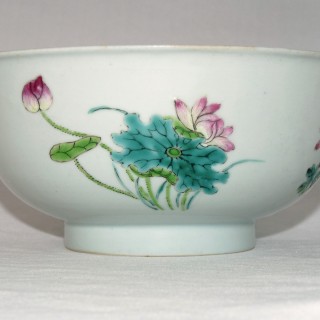 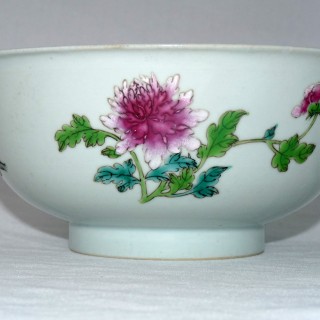 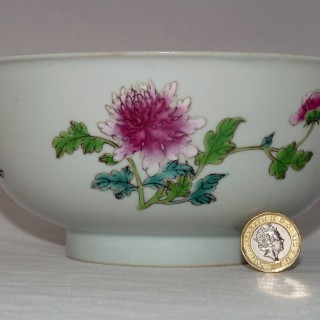 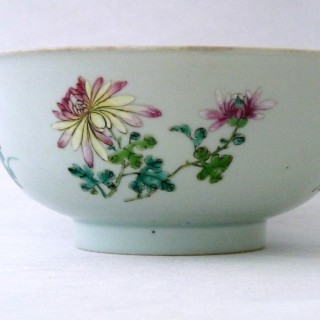 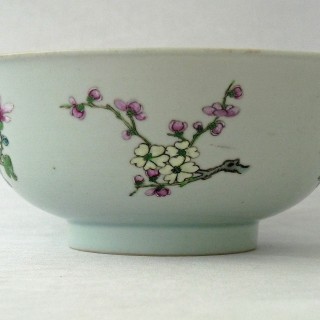 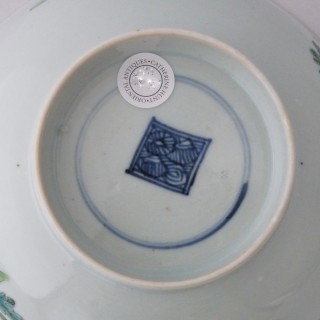 Chinese Porcelain early 18th century bowl made during the reign of the Emperor Yongzheng with square seal mark to the base.
Painted in over glaze enamels to show four of the Noble flowers, Chrysanthemum, Peony, Lotus and Prunus.
The four flowers are shown as individual flower sprays around the bowl on a good white background.
The Chrysanthemum represents late summer early autumn and represents the ninth month known as the ‘jiu’ month which also means wait or patience. The Chrysanthemum is associated with wishing someone a long and pleasant life and also a long and happy retirement.
The Peony or more correctly the tree peony is known as the flower of the Emperor as it’s name means most beautiful in Chinese. the peony symbolises the Late spring or early summer and is an omen of good fortune and also the flower emblem of China.
The Lotus although associated with Buddhism it is also one of the symbols of the Confucian gentleman. As the white lotus flower grows in mud but blooms white it is associated with purity and beauty and is the emblem of summer as that is when the blooms are at their peak.
Prunus or plum blossom is one of the three friends of Winter is known for its survival in hardship
The Square seal mark to the base is divided with swirls and some accept it as an Imperial mark although it really a good export mark of the Yongzheng Period