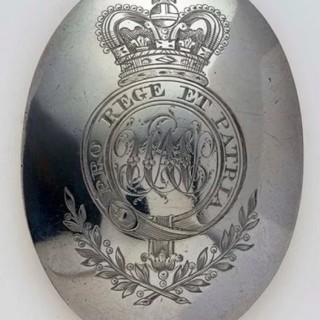 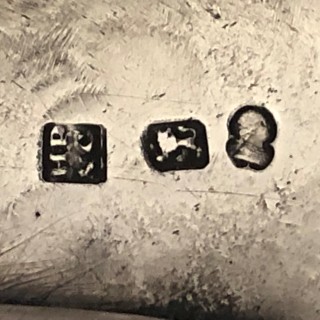 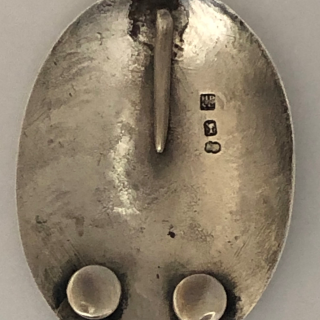 This is a very rare piece of provincial hallmarked military silver.

Of oval form, initials engraved within a garter encircled with the motto, ‘PRO REGE ET PATRIA’ (For King and Country), surmounted by a crown.

Hallmarked to the reverse. Sponsor’s mark of Hampston, Prince and Cattle.
York, c.1803.

Shoulder belt plates made from silver are rare and hallmarked examples, even further so.

In military uniforms, a shoulder belt is a wide belt worn usually over the shoulder and across the body. With nearly all line infantry, skirmishers, light infantry, grenadiers and guard regiments, two shoulder belts were worn – one carrying the cartridge box, and another for the bayonet, a sword (“sword belt” was also the term in this case), or other military equipment.

Initially shoulder belts had buckles. In the second half of the 18th century the British army replaced buckles with shoulder belt plates. The latter ones were solid metal plates fixed with two studs to one end of the belt and used a hook to pass through one of several holes by the other end. This arrangement allowed for quick readjustment and a more neat appearance. Officers used to wear fancy gold and silver plates with elaborate engravings. Soldiers wore brass plates, usually with numerical or other design indicative of their regiment.
(Emerson, W.K. 1996. Encyclopedia of United States Army insignia and uniforms. Norman: University Of Oklahoma Press). 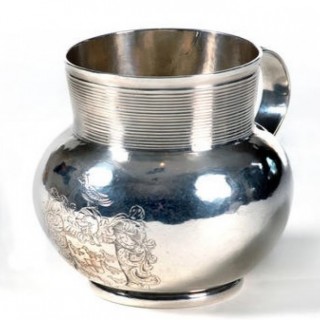