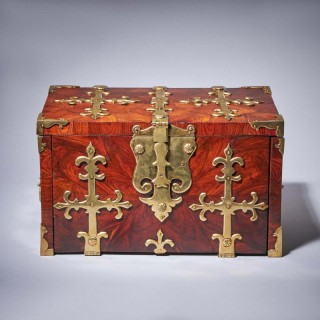 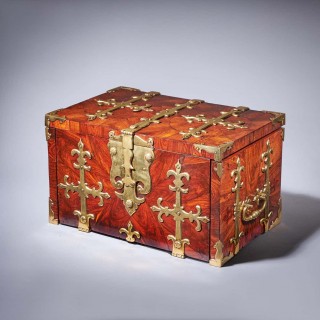 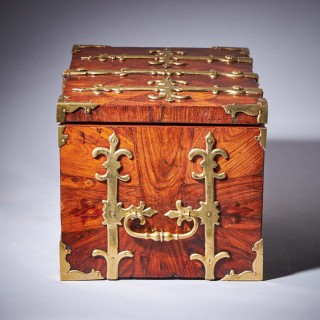 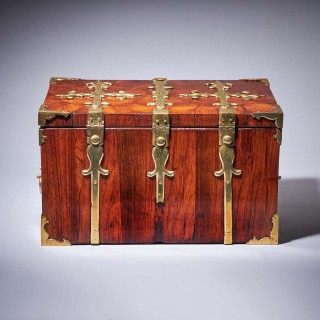 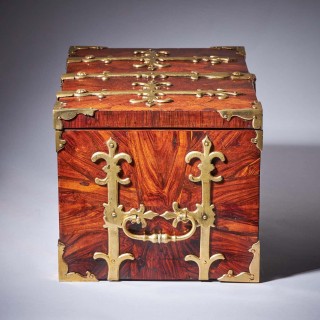 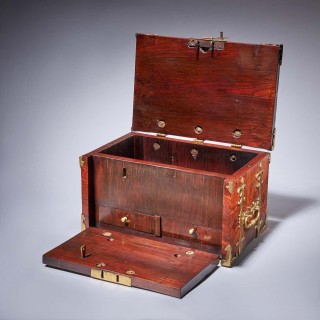 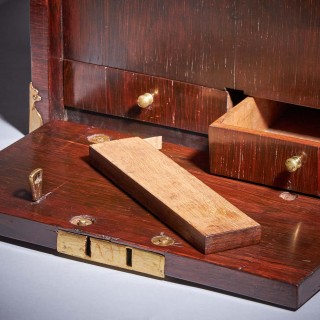 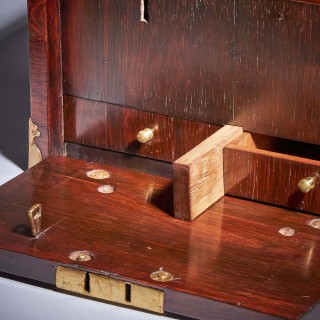 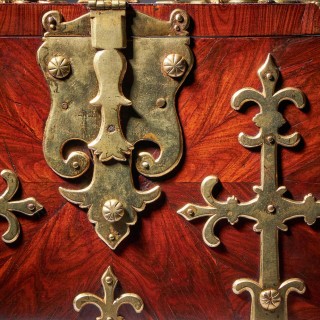 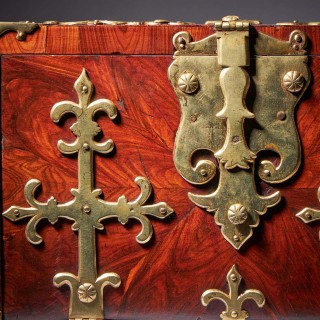 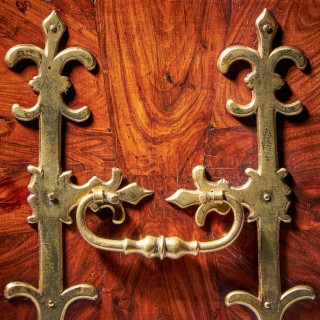 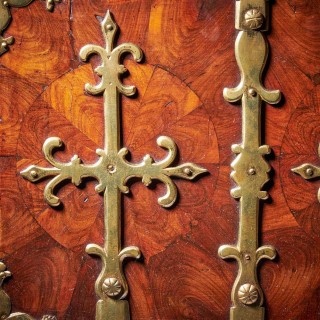 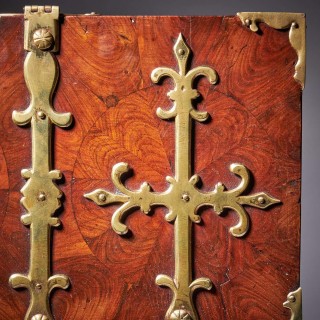 A William and Mary Kingwood/Princes oyster strongbox or Coffre Fort, circa 1680-1700, England. Adorned with highly decorative gilt brass strapwork and decorated entirely in knife cut oysters of kingwood, this box is fit for the most discerning of collectors. The large gilt brass shield-shaped clasp opens on a push-spring release to reveal a box interior lined in rosewood with two drawers and securing bolts.

Once the lid is opened you can reach inside to slide the original gilt brass bolt lock to open the fall. Once the fall is open you will find two drawers lined in walnut divided by a secret compartment.

The box appears decorative, but it was also very difficult to break open or steal. It has a strong lock to the centre and two bolts concealed in the sides, so that it could be screwed down into floorboards if necessary or that of a horse-drawn carriage. Strong-boxes veneered in oysters of Princewood such as this were luxury objects.

The cabinet-makers who would have constructed and veneered the carcase apparently sold them, often using tropical hardwood veneers, and mounted it with sets of mounts, handles and locks bought in from brass founders. The elaborate veneering and conspicuous gilded brass mounts show that the appearance of these objects was important.