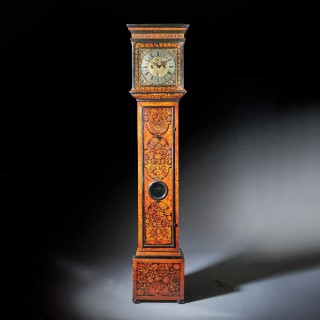 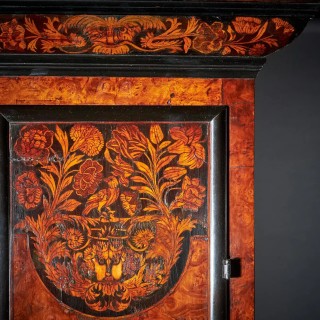 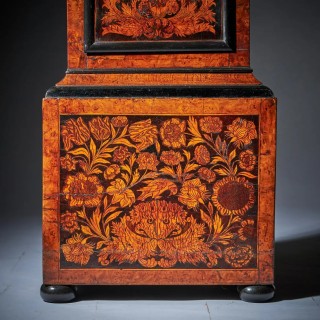 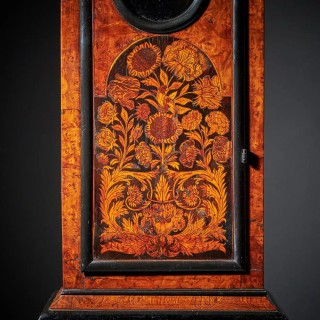 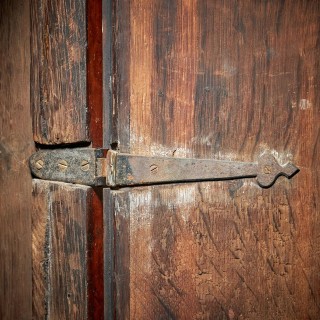 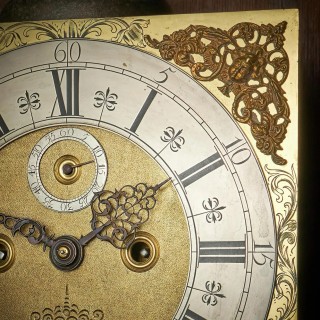 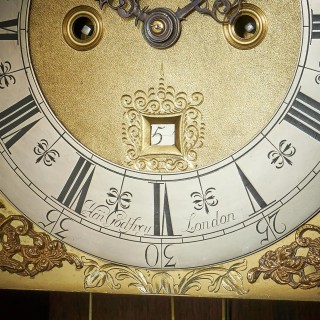 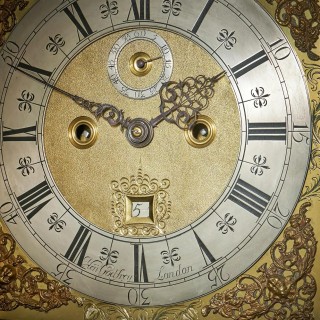 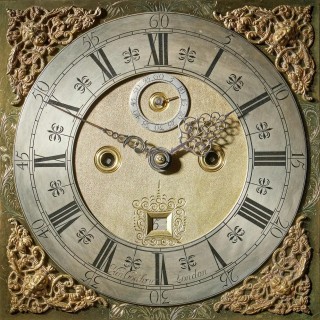 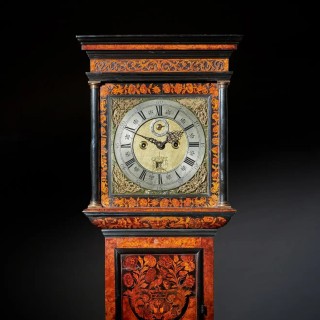 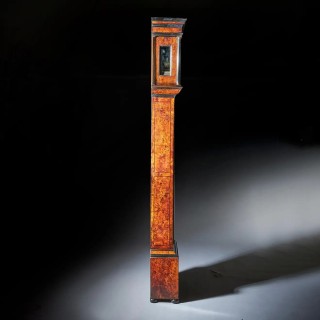 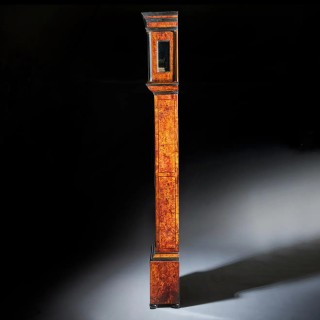 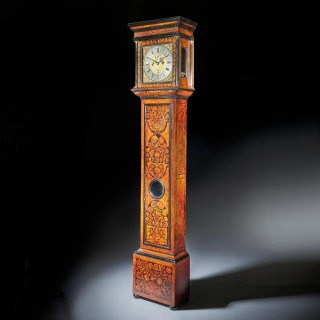 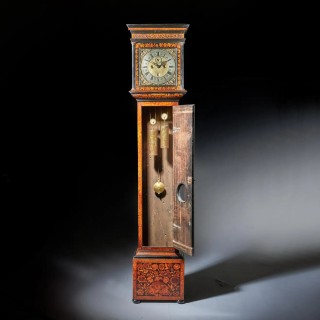 The outstanding burl elm case is of the highest quality and decorated throughout in very attractive floral and leaf marquetry depicting abundant flower images, birds and green men, shown in shaped inlaid panels against the ebony ground with a glazed circular lenticle in an ebonised surround to the door. The sides have burr-elm panels framed in ebony line inlays. The trunk door has ebonised D-shaped mouldings, reflecting the ebonised mouldings and pillars on the hood and elsewhere. Similarly, the formerly rising hood is decorated with blind frets around the top and floral marquetry on the door. It is flanked by ebonised brass-capped plain columns, with viewing windows to the sides. The whole has an extremely warm patina.

The Green Man is a legendary being primarily interpreted as a symbol of rebirth, representing the cycle of new growth that occurs every spring. The Green Man is most commonly depicted in sculpture or other representations of a face which is made of or completely surrounded by leaves.

The eight-day five pillar movement has going and striking trains, the striking train being regulated by an inside countwheel. The going train has anchor escapement and a seconds pendulum. The movement is fronted by an 11-inch brass dial with a silvered chapter ring, seconds ring and date aperture surrounded by scroll engravings. The chapter ring is divided into Roman hour numerals as well as quarter-hour, half-hour, Arabic five-minute and minute divisions. It has elaborate cherub-head spandrels in the corners and is signed along the bottom of the chapter ring Hen Godfrey London. The middle is finely matted, whilst the time is indicated by a fine pair of richly pierced period blued-steel hands.

The maker
Henry Godfrey was born the son of George Godfrey, yeoman of Hilland, Berkshire. He was apprenticed to John Quelch (of whom we have a lantern clock in our collection) of Oxford until 1684, but only made free a year later in London. He and his wife Hester had a daughter Elizabeth in 1692 who apparently did not live long as in 1699 they again had a daughter, also called Hester. He was active as a clockmaker ‘over against St Clements’s church in the Strand’. He was buried at St Dunstan’s in the East in 1705. Longcase clocks and watches by his hand are known.

It should be noted that burr elm cases from the 17th century are extremely rare as are the sunflowers and green men depicted in the marquetry. The case is also extremely well patinated and of very good colour.