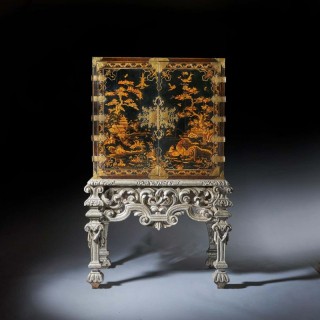 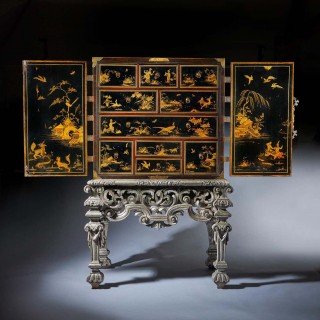 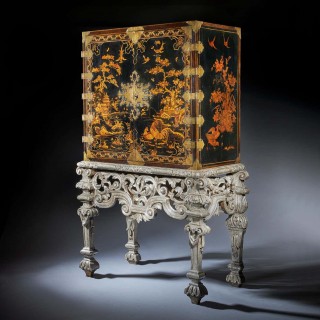 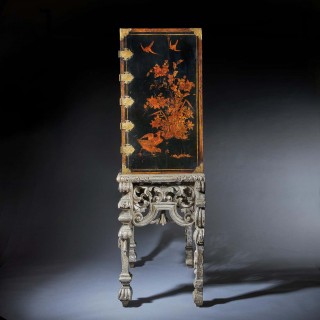 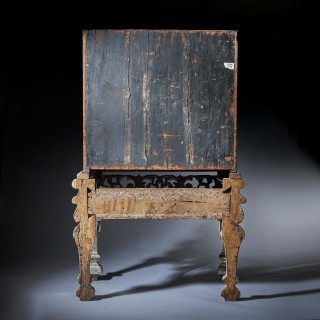 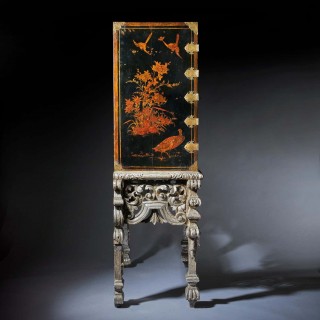 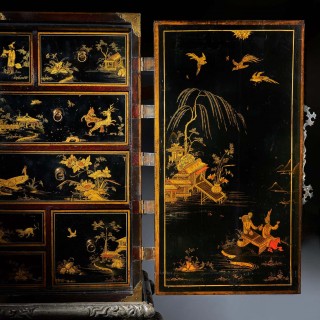 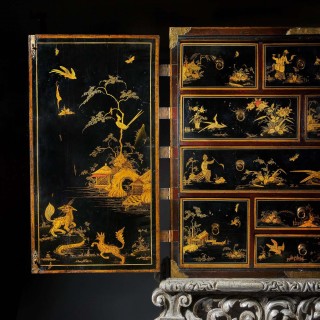 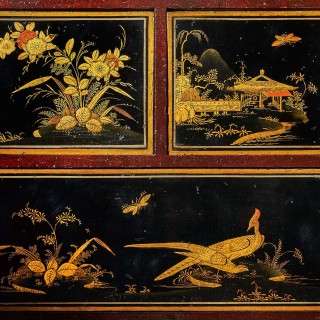 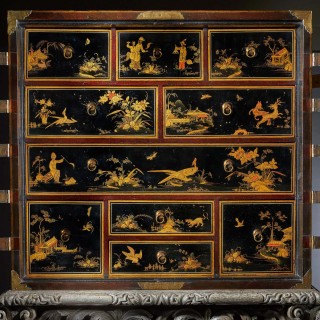 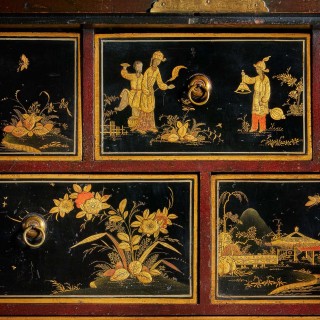 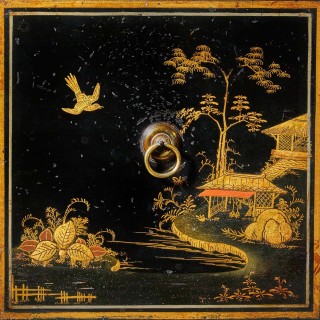 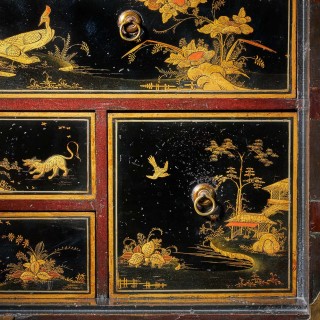 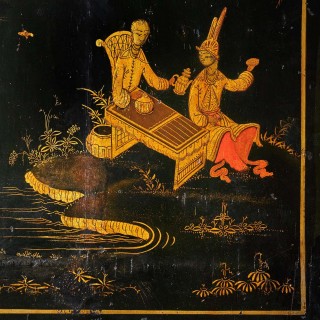 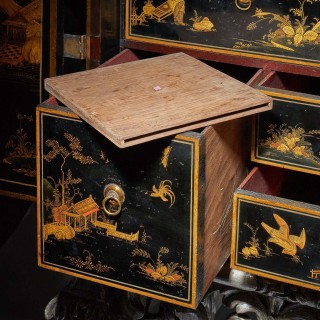 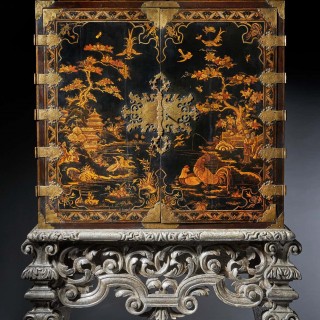 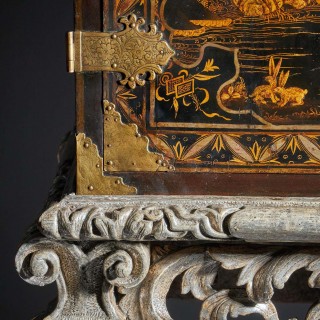 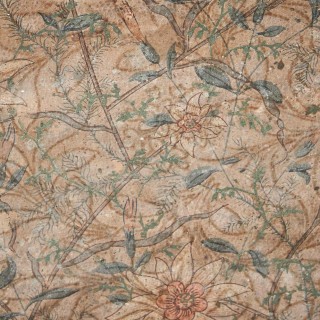 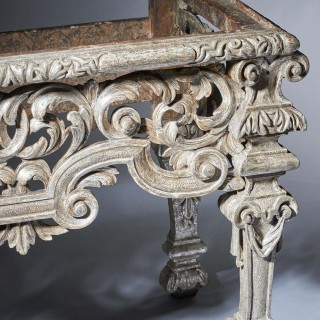 The upper part, decorated with coastal landscapes depicting homes, figural scenes, fauna and flora with a detailed gold and silver banding. Centred by an elaborate pierced and chased gilt-brass lock plate opening on engraved shaped strap hinges to a decorated chinoiserie interior consisting of ten drawers of differing sizes bearing their original ring pull handles. Each corner is protected with detailed engraved and shaped mounts. Similarly, the sides are decorated with fauna and flora.

The sensational original carved silver gilt stand is heavily carved and pierced terminating at a highly decorated waist moulding, raised on architectural palladium legs incorporating scrolls and swags. In the period, the back rail was covered in late 17th or early 18th-century chinoiserie wallpaper which remains intact. This is an important insight into the interiors of the period.

The stand shows great resemblance to the works of the most important Royalty appointed cabinetmakers of the late 17th and early 18th centuries, Gerrit Jensen, Pierre Golle and Thomas Pelletier. Palletier, son of Jean and younger brother of René (d. 1726). Thomas Pelletier’s apparent anonymity may be due in part to his having worked as a sub-contractor (with his brother René) for the older royal cabinet-maker, Gerrit Jensen. For example, a pair of highly sophisticated gilt stands for Japanese cabinets, which seem certain to have been carved by the Pelletiers, were probably supplied by Jensen to Queen Anne for Kensington Palace in c.1704). However, the stand is more exuberant than the Pelletier tables and stands in the Royal Collection but very similar in some ways, particularly the foliate scrolls and broken C-scrolls. It is probably more likely that the stand is a Jensen collaboration with Pierre Golle who seem to be responsible for the pieces like this in the Collection.”
There are very few cabinets in original condition to bear their original stands, most of which are in museums such as the Victoria and Albert, The Metropolitan Museum of Art and National Trust Collections. (See literature)

This outstanding cabinet is one of the finest examples of the taste of the orient which became highly sort after during the reign of William and Mary, Mary was the daughter of James II and her arrival in England was celebrated and bought great hope to the nation.

The East India Company with its royal charter from Elizabeth I had bought these exotic items to a new and excited audience. The courts of Europe had long been interested in the mystery of the orient and the outstanding new pieces created a highly sort after market for Chinoiserie among the nobles.

Many books were produced at the time to explain the process and detail of the making of the new style, one such publication A Treatise of Japanning and Varnishing’ by John Stalker & George Parker, describes in full the process of Japanning and is still regarded as a key book of reference today.

Good
Wear consistent with age and use. A rare survivor in an outstanding state of preservation. Cabinet lightly conserved. The original silvering to the stand has been lightly refreshed.