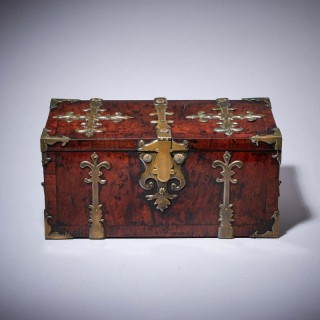 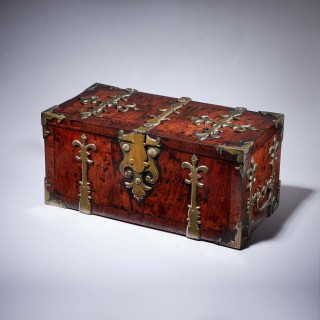 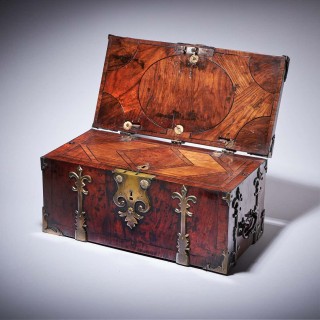 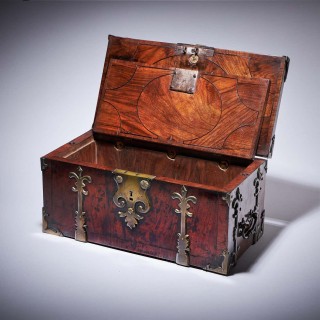 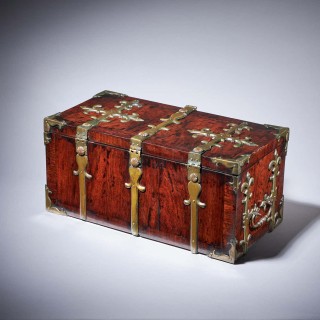 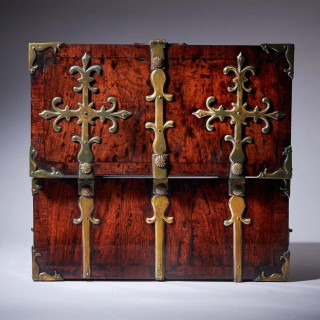 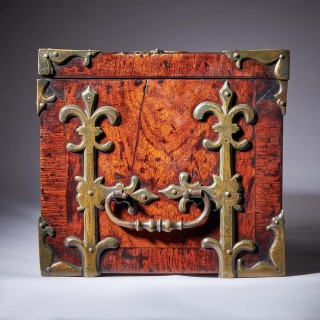 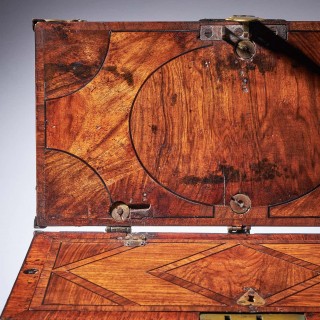 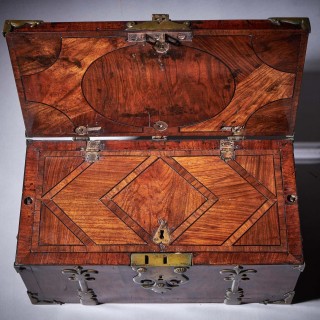 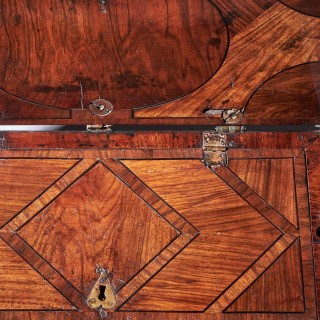 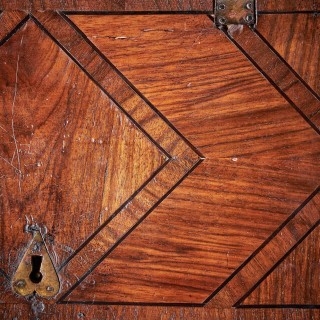 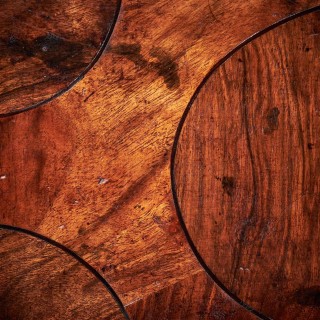 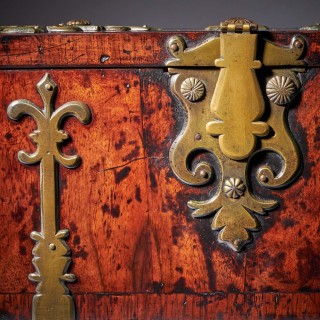 The large gilt brass shaped clasp opens on a push-spring release to reveal that the top is decorated to the underside in figured walnut lined in ebony in a geometric fashion and a lockable parquetry veneered platform (presumably for extra security), original securing bolts and a figured walnut lined interior.

It should be noted that boxes such as this in walnut are rare and rarer still, of such compact size.

Boxes of this form were as much a status symbol of the period as they were a functional object and subsequently became popular amongst the great and noble, royal even, and can still be found in some of the most important houses such as Burghley House, Chatsworth and Ham House.

Good
Wear consistent with age and use. Fabulous colour and condition. A museum grade piece. Conserved.