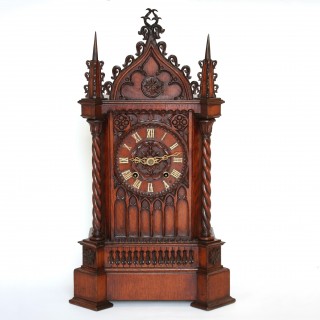 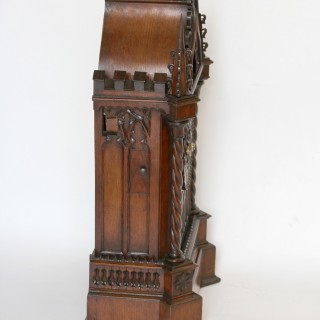 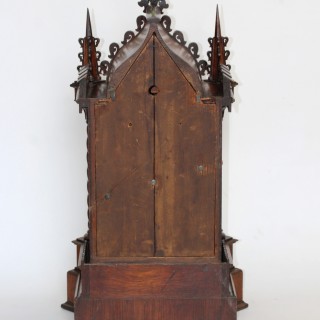 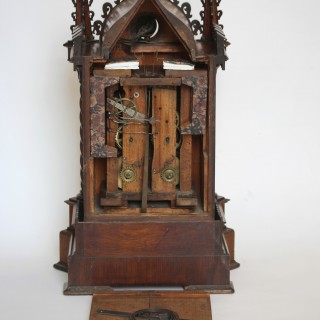 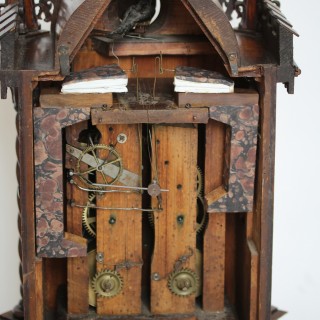 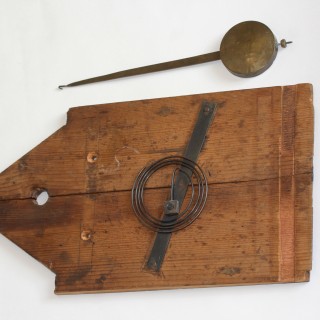 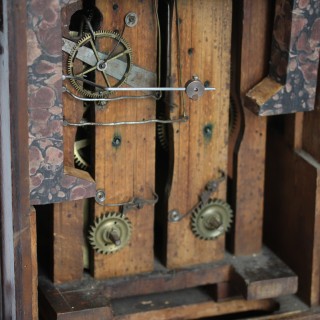 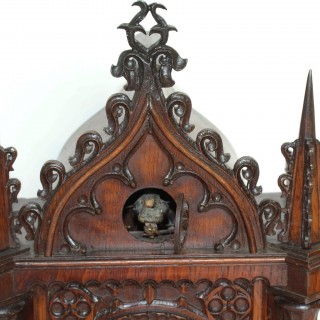 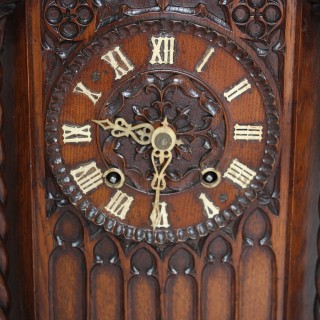 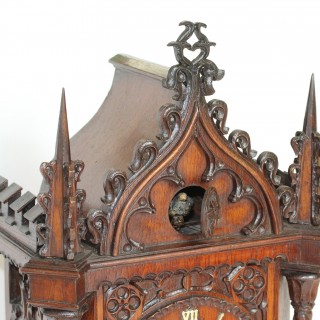 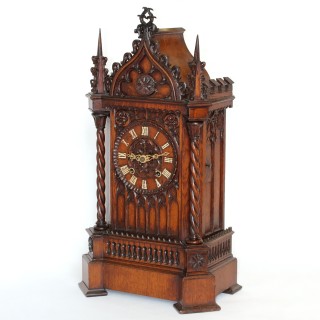 The oak case has similarities to the Model 16 Beha, with its well carved Gothic arches. This also has an enclosed gothic fencing around the base and barley-twist columns.  It is the pediment of this clock that lends it its elegance, with its ogee section gable end, mounted with delicate fleur de lys carvings.

This clock pre-dates the Beha catalogue which we see published in various books, and so we do not know Beha’s model number.  However, Wilhelm Scheider’s book Beha Uhren  shows a very similar design on the front cover and again on page 193, the case by Gebruedern Heer, and once again the same design with a more complicated musical movement on page 118.

The wood plated 8-day fusee striking movement has the usual Beha distinguishing features – the coiled end click springs on the fusee stop work and the tapered steel piece behind the count wheel, both visible on the back plates. These 24-tooth stop wheels were used by Beha after 1854, and from 1857, 26-tooth wheels were adopted. We can therefore date this clock between the those years.

The clock has its original pendulum. It cuckoos on the hours and the passing of the half hour. The cuckoo is followed by a strike on the coiled gong mounted on teh backboard.

The bellows are restored and the clock has one replacement hand-carved pierced bone hands to match the original.

Awaiting restoration – To be overhauled and guaranteed for 3 years.

Beha Black Forest clocks are among the most highly sought after. The factory is known to have produced some very high quality clocks, some with music complications or a cuckoo and quail.  Johann Baptiste Beha was the only Black Forest cuckoo clock maker to be awarded the Gold Medal of the Vienna World Trade Exhibition of 1873.  The cases for Beha clocks came from case/woodcarvers shops located in different towns of the Black Forest, and hence have slight variations from carver to carver.