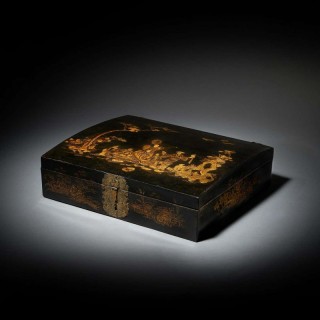 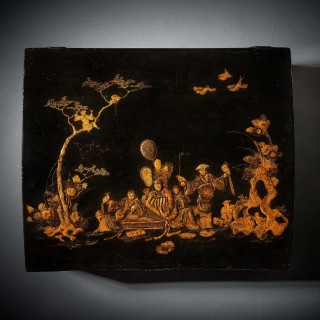 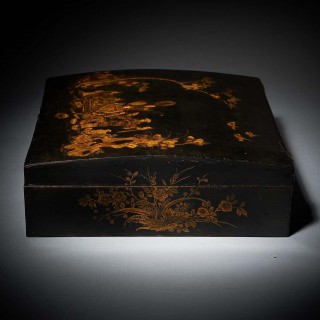 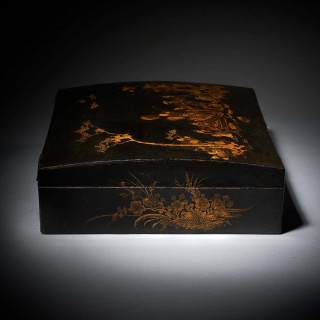 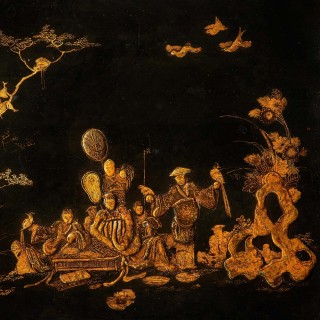 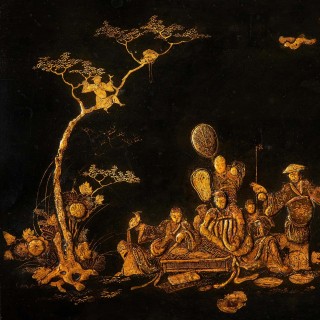 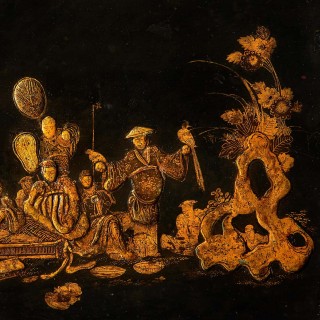 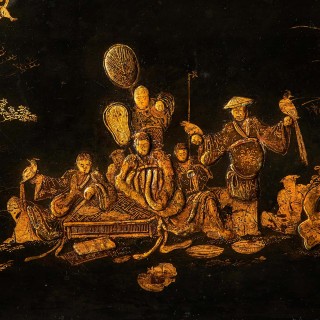 Falconry is an ancient sport that has been practised since preliterate times. Stelae depicting falconry that were created by the Hittites date to the 13th century BCE, and cave paintings from prehistoric sites may represent even earlier references to falconry. Merchants, adventurers, and Crusaders from Europe and England became familiar with falconry in the Middle East and on their return home took falcons and falconers with them. The sport flourished in western Europe and the British Isles in the Middle Ages among the privileged classes. During the 17th century, after the advent of the shotgun and after the enclosure of open lands and numerous social upheavals, falconry virtually died out, surviving in Europe largely through the enthusiasm of members of hawking clubs.

It should be noted that the subject matter of this box is extremely rare and also shows that instruments were used to test wind speed and direction in the early 18th century.

Good
Wear consistent with age and use. Minor retouching of the chinoiserie.