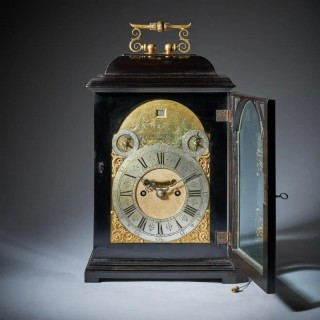 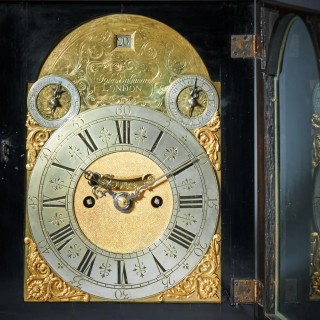 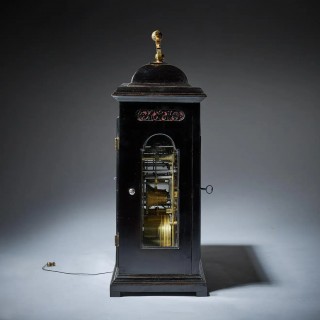 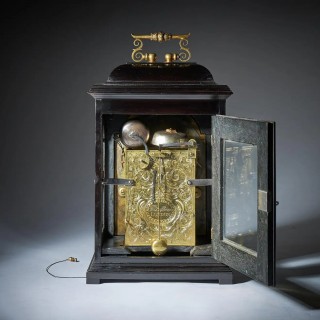 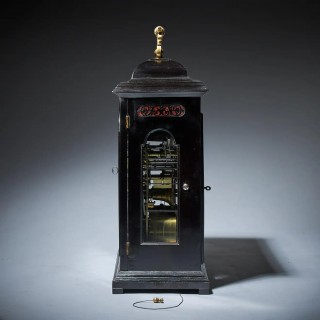 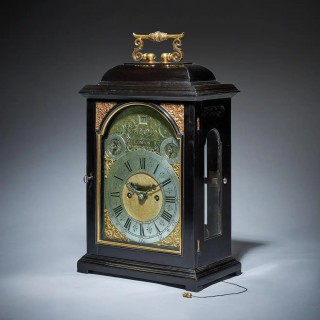 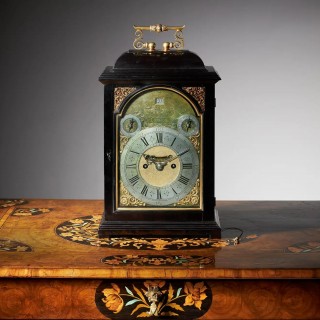 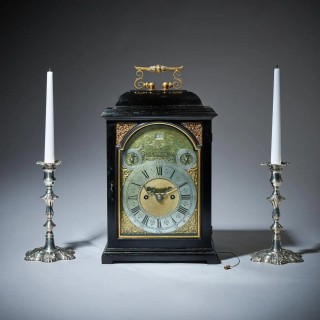 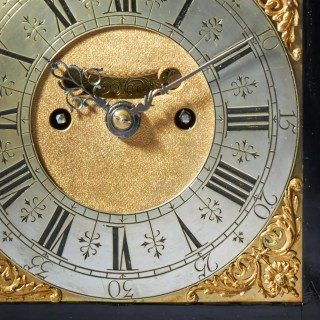 This great early arched spring clock has a 7-inch dial with unusual flower and scroll spandrels, matted centre with mock pendulum aperture. The upper corners have two subsidiary dials for strike/silent and regulation. The foliate engraved arch with date aperture is signed in a cartouche John Bushman, LONDON. The engraving is of outstanding quality and can be associated with Tompion’s engraver 195. The twin fusee movement with rise-and-fall regulation, pivoted verge escapement, rack striking on a bell and with pull quarter repeat on two bells is similarly signed on the backplate, which is profusely engraved with foliate scrolls. The case has a shallow domed top and an elaborate gilt-brass carrying handle above a moulded cornice, superb gilt foliate sound frets to the doors, moulded base and block feet

The maker, John Bushman (originally Johann Buschmann) was born in Hagen near Augsburg around 1661, a descendant of a famous family of clockmakers consisting of eight generations of clockmakers spanning two hundred years beginning in 1536 with Kaspar. After having been trained in Augsburg, he worked in The Hague for a short period and then moved to London, where he worked in St Margaret Westminster, later in St Clement the Danes. A contemporary account compares the quality of his work to that of Quare’s and even Tompion’s (Abeler, 2010, Loomes, 2014).