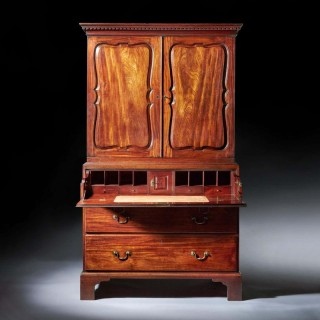 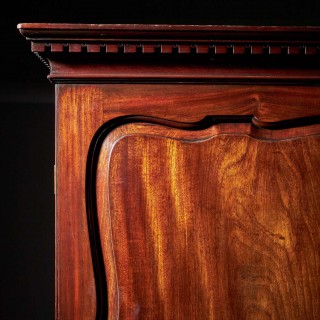 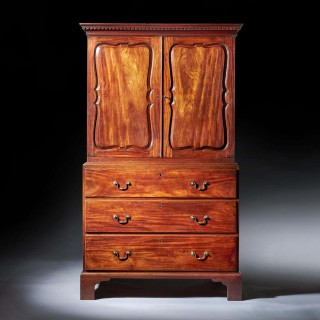 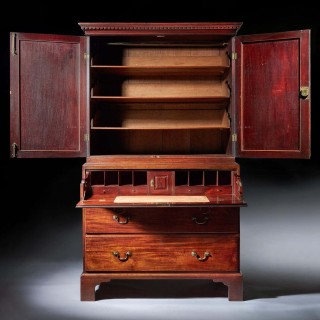 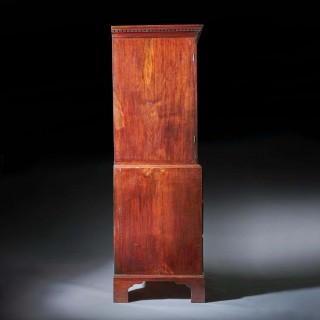 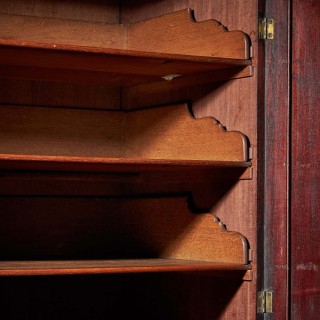 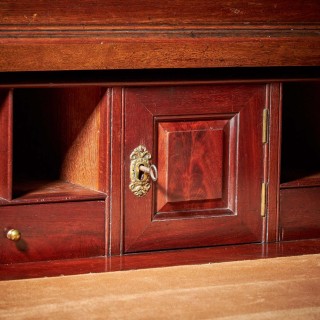 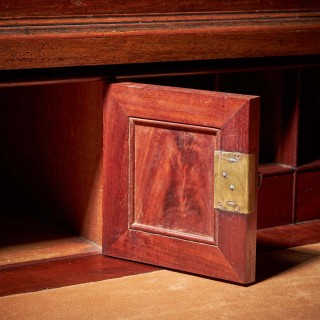 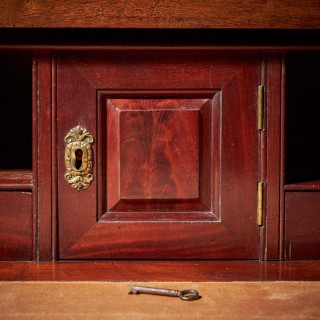 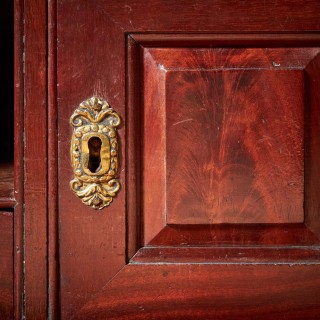 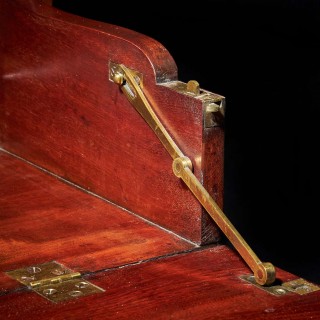 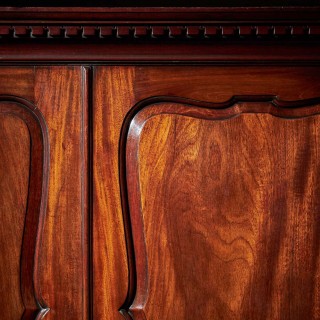 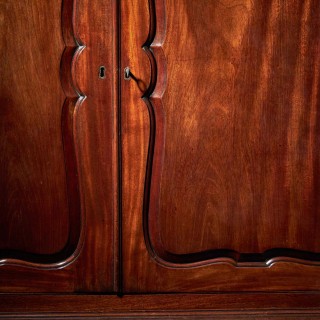 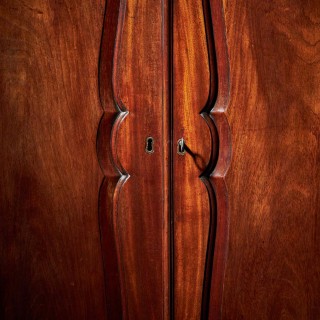 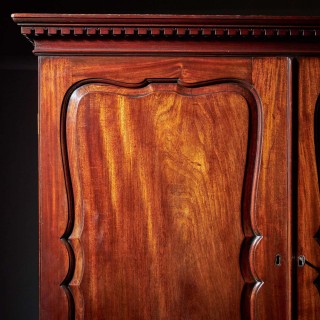 The detailed dentil moulded cornice sits above a pair of raised and fielded figured mahogany shaped doors opening to reveal the original shaped solid oak slides and a hanging rail.

A fine and unusual feature of the press is the inclusion of a superbly executed secretaire drawer opening on the original hinges and articulated gilt arms, consisting of a central cupboard, four finely oak-lined dovetailed drawers, eight pigeon holes and an inset writing surface above two long drawers. The press is raised on a moulded base and all for of the original shaped bracket feet.

It should be noted that the press is exceptionally well made, of good colour and patination and retains all of the original gilded brass hardware and locks.

Having handled pieces by Giles Grendey and further studying, it is probable, that this piece is by the eminent maker.

Giles Grendey was born at Wotton-under-Edge in Gloucestershire in 1693. His workshop was at Aylesbury House, St. John’s Square, Clerkenwell, London and is most famously known to have supplied an order to the duke of Infantado for his castle of Lazcano in Spain.

Condition
Good
Wear consistent with age and use. Fantastic original condition throughout.