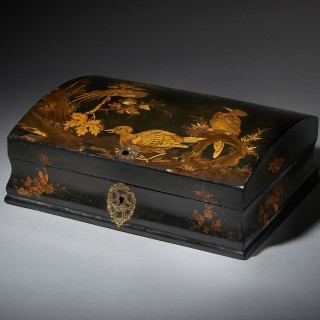 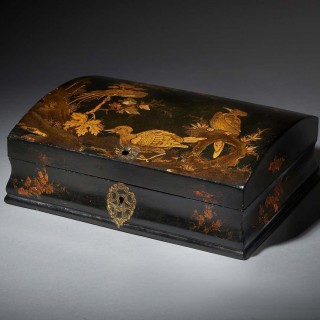 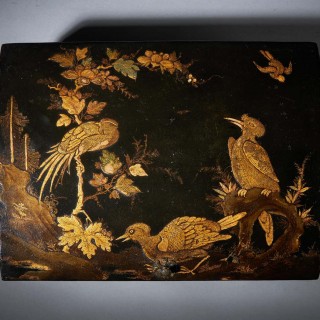 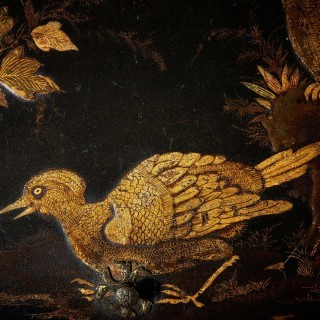 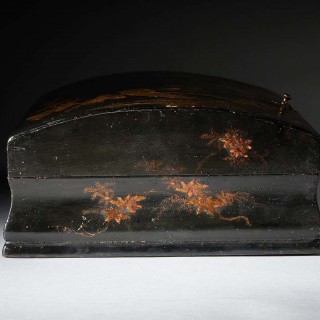 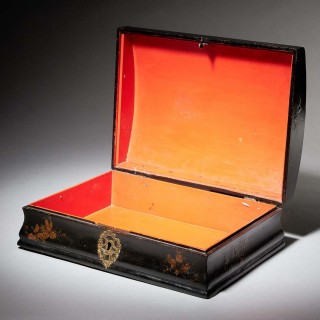 A rare survivor from the first quarter of the 18th-century depicting scenes of various birds, a rock formation and foliage, all finely drawn on a japanned ground to the domed top, opening on original hinges and engraved knob and backplate, to reveal the original red interior.

Chinoiserie entered European art and decoration in the mid-to-late 17th century with French, English, Dutch and Swedish East India Company ships bringing masses of Chinese and Indian goods into Europe. The popularity of chinoiserie peaked circa 1750 when it was associated with rococo fashion; Thomas Chippendale, Giles Grendey and John Belchier all adopted the fashion.

This is a superb and original unrestored example.