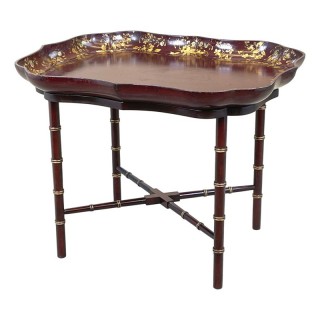 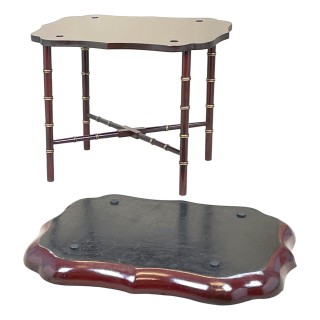 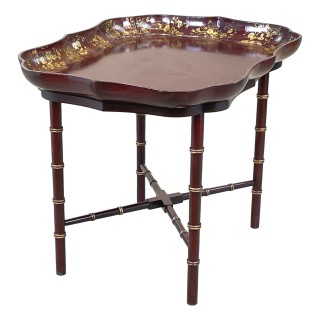 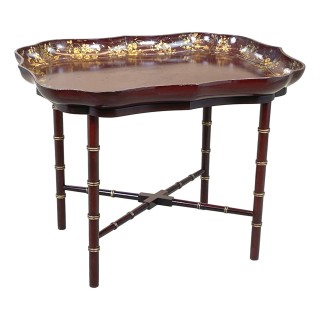 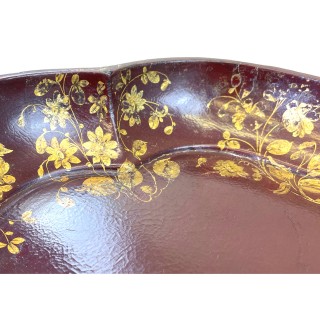 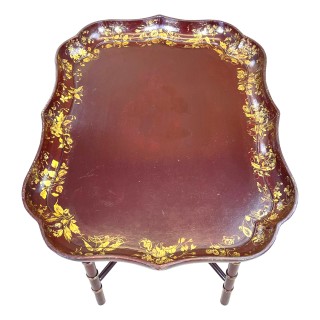 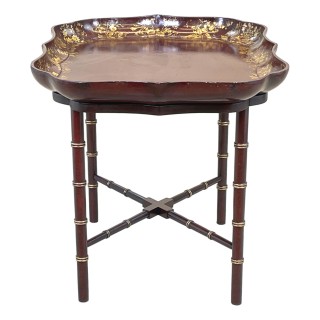 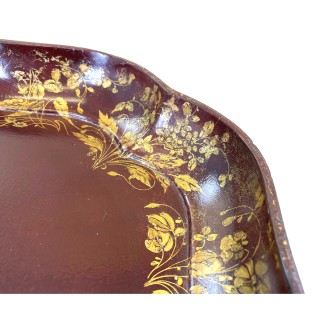 (What better way to look after the environment than to
recycle beautiful, old, antique objects with little purpose
in the modern world and give them a new purpose. Thats
exactly what’s happened to this pretty little Papier Mache
tray. It is now a very attractive and very functional coffee table
or even just an occasional side table.

This particular tray is also quite rare due to its burgundy
laquered decoration, as opposed to the normal black
background found on by far the majority of these items. Large
enough to be functional and in excellent condition with
just the usual old marks and scratches, scuffs and dents that
are to be expected in an object of this age.)

” Henry Clay originally set up his Papier Mache business in Birmingham in
1772, at which point he took out a patent for a “new improved paper ware”.
Around 1785 he moved the business to King Street, Covent Garden and at
this point began receiving commissions from members of the aristocracy
and also members of the Royal Family. The work of his firm is widely
regarded as the very best of the time within their particular field. “