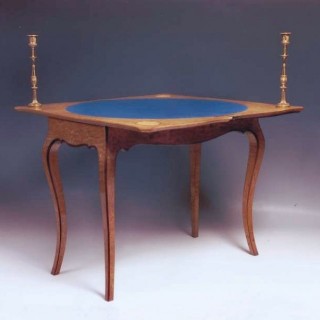 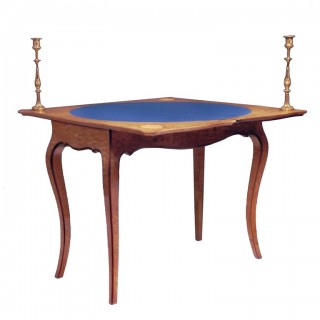 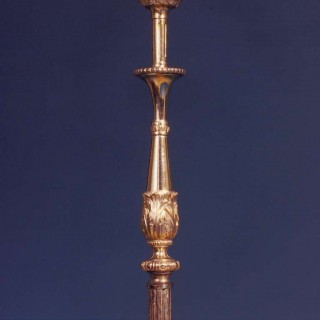 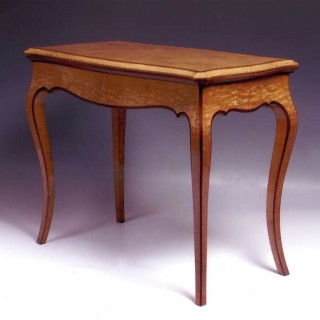 A fine swivel top card table decorated throughout with Hungarian Ash with borders of purpleheart and ebony stringing.
Stamped by the London makers Holland & Sons and retaining the original cast and chased gilt metal candlesticks which are stored inside the top when closed.
Stunning grain and exotic coloured timbers with Lapiz blue baize.

Made, and stamped, by the London makers Holland & Sons for Lord Walter Rothschild prior to his moving to the Manor of Tring, Hertfordshire in 1872.

“Holland & Sons” were known to have shown in the London exhibition of 1862, Paris in 1867 and 1872 and in Vienna in 1873. They were without doubt the leading cabinet makers in London throughout the 19th century. They received a Royal Warrant for their work at Osborne House followed by Balmoral, Sandringham and Windsor Castle. They oversaw the State Funeral of the Duke of Wellington, worked in the Palace of Westminster and the Houses of Parliament and numerous prestigious government projects employing over 350 of the country’s leading designers, cabinet makers and ancillary artisans.

Superb and original save the replaced blue baize.